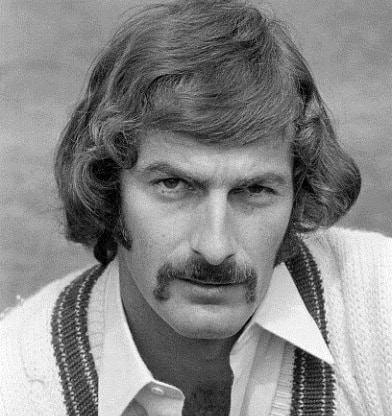 One of the greatest fast bowlers of all time, Dennis Lillee is considered the patron saint of skilful intimidation by the modern speedsters.

He started his career started as a raw, volcanic force and a fascination for hurling balls down in a fiery spark, making them leave the hand and zip across 22-yards in the least possible interval of time.

During the second stage it was hostility laced with skill, a near-perfect weapon of untamed primal force with fast sprouting guile. The flame of aggression singed the best of batsmen; it often burnt them to cinders. Yet the fire suggested burnout. Something had to give. And his back did, in multiple places. There was an interlude of inaction, frustration and agony.

When he came back, it was as if he had been forged by the scorching travails, the artillery of the past enhanced with the science cultivated through months of reflection. The action was remodelled, the hostility remained intact. The offerings were sharpened to cutting edge fast bowling.

And finally there were the riches of experience, enhancing his trade into the highest level of art. As a senior pro he was the veritable text book of his profession. Even a phenomenon like Richard Hadlee had a magic formula that spelt his success, a simple question which ran: “What would Lillee do?”

Dennis Lillee’s career evolved through these phases. It overcame pain, it snipped out the shortcomings to chisel lasting perfection; it won over the inevitable fraying brought about by age. And it ended as one of the most successful of all fast bowling tales in the history of cricket.

He ran through an incredibly strong Rest of the World line up, vanquished the Pommies again and again. In the company of Jeff Thomson, he formed one of the most hostile fast bowling pair ever and battered opponents black and blue. This included old foes England and the supremely gifted West Indian line up.

In 1981-82, he was a senior statesman, with reduced pace. Yet he took on the might of the four pronged West Indian pace attack single-handedly, destroying the extraordinary Caribbean batting with ten wickets at Melbourne, ensuring a 1-1 verdict in the series.

There was a dark side. It included getting into on-field brawls with the likes of Javed Miandad and walking out with an aluminium bat. But, he remains a legend, a talismanic figure in the history of fast bowling.

He overcame pain and interludes due to back problems and Packer Circus to end with 355 wickets at 23.92, at that time a world record. He did not play too many ODIs, yet his numbers are more than impressive, with 103 wickets at 20.82. He was also the first to claim five wickets in an innings in ODIs with five for 34 against Pakistan in the 1975 World Cup.