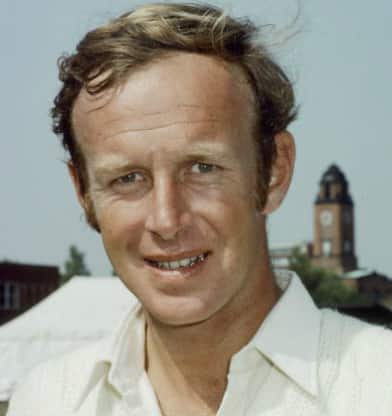 Whenever there was dampness in the wicket, Derek Underwood was expected to bowl England to victory. It was almost taken for granted that he would live up to his nickname ‘Deadly’.

He often did. As at the famous Oval Test of 1968 to square the Ashes, which established his reputation once the water logged ground was restored to playable conditions by the efforts of the spectators. Then at Hastings in 1973, he demolished Sussex with figures of eight for nine after the entire Kent team had taken off their shoes and helped the Fire Brigade mop up another flooded ground. In 1975 he took thirteen at Lord’s — five wickets in the first innings and eight in the second. He brought England to the brink of victory against those proficient Pakistani players of spin. And of course, there was the small matter of the Fusarium Test.

But, his feats were often drowned in the perception about helpful conditions. Most of his mastery in using the conditions was ignored and credit was given to rain and dampness.

And whenever he bowled on those beautiful batting tracks around the world, there were the carping complaints about his bowling style. Throughout his career Underwood had to battle criticism of bowling too fast, not giving it enough air, being more intent on containing runs than picking up wickets. There were genuine concerns among the most knowledgeable of the cricket world. Colin Cowdrey set up nets at the back of his own house to help him with his action and line. Alec Bedser wanted him to modify his style and bowl slower. There were plenty of other significant and insignificant voices who wanted to see a different Underwood.

As for the man himself, he had already tried everything. In his own words, unless he switched to right-arm, there was hardly anything left to experiment.

Underwood bowled at a steady medium-pace, off a run up of 10 yards. On turning tracks he did give the ball air and a rip, and often got turn. But more often than not, his line was painstakingly accurate, the speed brisk, and the length unhittable. Torturing batsmen into a state of run-less frustration was his way of getting them out on good wickets, and he did achieve spectacular success with his methods. His arm ball, often laced with in-swing, was one of the major weapons that led him to be known as ‘Deadly’. A lot of the movement he generated was not limited to spin. There was a fair amount of cut in his deliveries as well. He rarely ever bowled a bad ball; and if he did, the mortification remained etched on his face for long.

It was difficult for the cricketing fraternity to accept that Underwood was no conventional spinner. But, in the end, 297 Test wickets at 25.83 vindicated his methods. The figures were the best among spinners of his era — a period when the Indian quartet were busy spinning their magical web around the world. The tally could have been much larger had he not courted disapproval by joining World Series Cricket in 1977 and then touring South Africa in 1982.