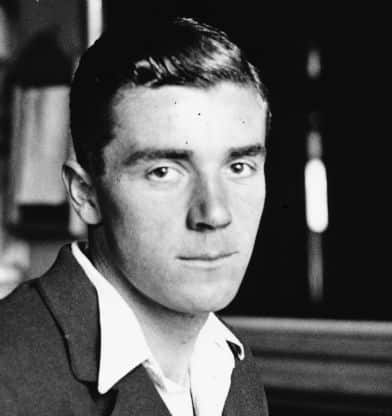 Wright finished with a very ordinary Test record, 108 wickets at an average of 39.11. However, he is remembered for bowling unplayable balls, in terms of devilish leg-breaks and googlies that would pitch on the hard surface and fizz through in unpredictable ways. Some estimated, albeit rather unscientifically based on impression, that his rate of bowling the unplayable delivery was more than anyone in history. Don Bradman himself rated him as the most dangerous he had ever faced. Yet, he was incredibly inconsistent.

There would be days in between his devastating spells when he would struggle to pitch on length and line, often dishing out long hops and full tosses. He was unorthodox as well, a run up of 10 strides, five of them short, five long, stretching over 15-yards, ending with a leap. “Cross between a barn dance and a delivery stride,” according to Ray Robinson.

Wright learned the art from the great South African Aubrey Faulkner at the indoor school in Hammersmith. He first played for Kent when he was 17, but it was only in 1936, four years down the line, when the previous great leg-spinner Tich Freeman retired that Wright settled in the side as a regular.
Two years down the line he had impressed Wally Hammond with his bowling and was selected to play against Don Bradman’s men. On his debut at Trent Bridge, 1,496 runs were scored. Wright gave away 238 of them, capturing 5 wickets.

Hammond was not quite sure what to make of him. Could he trust him, or could he not? At Headingley, Australia needed 105 to win. Hammond brought Wright on when Australia had already scored 50, for the loss of 2 wickets. In his first 5 overs Wright captured 3 wickets, including Bradman and Stan McCabe. Australia won by 5 wickets, and Hammond was roundly criticised, even by Wisden, for bowling Bill Bowes rather than Wright during the early phases of the fourth innings in a match dominated by wrist spinners like Bill O’Reilly and Chuck Fleetwood-Smith.

The War intervened when Wright had played 9 Tests on mostly batsman friendly wickets, one of them infamously timeless. When he resumed his career he was 30 and captured 10 wickets for England against The Dominions at Lord’s.

The Australian tour that followed saw him capturing 23 wickets in the Tests, against a rampant batting machine containing Arthur Morris, Bradman, Sidney Barnes, Lindsay Hassett and Keith Miller. According to EW Swanton, at least 10 catches were missed off him, or else he could have been even more successful. His wickets came at 43 apiece, but he was the most successful England bowler by far. At Sydney, in the second Test, he beat Bradman thrice in two overs, and was unlucky to have a near-plumb leg-before appeal against the great man turned down in his third. Bradman went on to score 234. In the fifth Test, at the same venue, he bowled Bradman for 12 in the first innings and had him edging to slip for 2 in the second. The catch was missed and Bradman got 63.

Back home he enjoyed a superlative season for Kent, and bagged 10 wickets in the Test against South Africa at Lord’s. Yet, against the Australians of 1948 he played only one disappointing Test. He did take two more five-wicket hauls in Tests, against West Indies at The Oval and against New Zealand at Wellington, but somehow his career had lost its track. The second Australian Odyssey with Freddie Brown’s team netted him 52 wickets in all, but the 11 at 45.45 in the Tests were deemed poor returns. The Wellington Test on the New Zealand leg of the tour was his last.

He continued to play for Kent, topping 100 wickets in 10 seasons, captaining them for three seasons. He finished with 2,056 wickets at 23.98 apiece. He remains the only cricketer to take 7 First-Class hat-tricks.