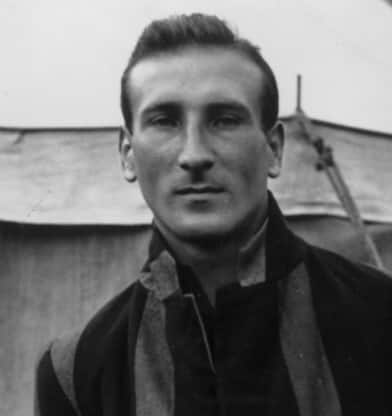 Douglas Jardine is perhaps universally accepted as the villain of cricket — the Machiavellian mastermind behind the biggest controversy that ever hit the game. The man, who in his quest for Ashes glory, brought the physical safety and lives of batsmen into peril. Lightning-quick deliveries, short and honing in for the body of the batsman, lethal red missiles propelled by Harold Larwood and Bill Voce, with a posse of leg-side fieldsmen close enough to pick the batsman’s pocket. This was his strategy to restrict Australia, especially a run-machine called Don Bradman. Not even all the members of his own team found the tactics fair and according to the spirit of the game.

However, Jardine maintained that he had always been on a ‘Quest for the Ashes,’ which became the title of his account on the Bodyline series. He said that he did not break any rule and described allegations that the England bowlers directed their attack with the intention of causing physical harm as stupid and patently untruthful.

Not often available to play for England because of his business commitments, Jardine made his debut against West Indies in 1928. Run-ins were part and parcel of his career. The Australian crowds reacted with barracking when he sported his harlequin cap during the 1928-29 tour, memories that would never desert him. When appointed captain against New Zealand in 1931, Frank Woolley found himself humiliated by his manner. Jardine also admonished young spinners Ian Peebles and Walter Robbins for displaying amusement during the match.

Not everyone was convinced by his leadership abilities. When he kept his job for the series in Australia, the reactions were mixed. Rockley Wilson, ex-English cricketer and Jardine’s coach at Winchester, is reputed to have responded to the decision saying that with Jardine as captain, “We shall win the Ashes… but we may well lose a Dominion.”

The first part was true. The second came tantalising close to being so.

Jardine made no secret of his immense hatred for Australia and Australians. Early during the tour, the side was on a tour around Sydney Harbour. As they passed near the newly- constructed bridge, some RAAF fighter planes flew overhead. Jardine remarked to Warner: “I wish they were Japs and I wish they’d bomb that bridge into the harbour.” The tour brought cricket on the brink of catastrophe.

Nevertheless, Jardine received an official hero’s welcome, and was retained as the skipper.

The next year, when England played West Indies, Jardine was himself subject to Bodyline by the hostile Learie Constantine and Manny Martindale. The English captain, going back to the bouncers and often standing on tip-toe and taking the bottom hand off, gave an excellent account of himself, scoring his only Test century. There was general agreement that he played Bodyline bowling better than anyone else in the world.

After a tour of India, he gave up playing for England — on grounds of time. But the ensuing Australian tour of 1934 would have been difficult to organise had he remained in the scheme of things.

His 22 Test matches for England brought him 1,296 runs at an average of 48.00. He was known to be a classical batsman with excellent onside strokes, but Bill O’Reilly once compared his circumspect and sluggish approach to that of an “old maid defending her virginity.”

For all the negative shades that Bodyline and his many altercations brought him, he is remembered as one of the most brilliant English captains. Even players who did not support his tactics backed him loyally. Plum Warner paid him the ultimate tribute saying: “If ever there was a cricket match between England and the Rest of the World and the fate of England depended upon its result, I would pick Jardine as England captain every time.