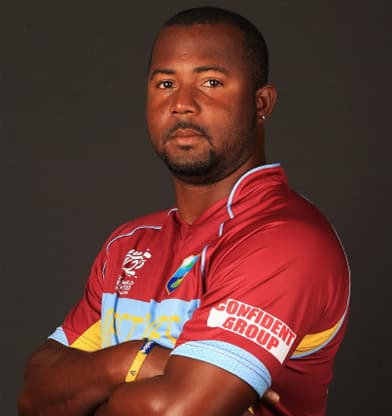 A belligerent hitter of the ball, Dwayne Smith made his Test debut for West Indies against South Africa in a Test at Cape Town in January 2004 and saved the Test for West Indies with a rollicking 105 not out in the second innings. That, however, remains his only Test fifty. Apart from being a destructive batsman, Smith is also a part-time right-arm medium bowler. His batting strike-rates in all forms of cricket, unlike his batting averages, are significantly high — which bear testimony to his inconsistent adventures with the bat.

He made his name in the Indian Premier League (IPL) with Deccan Chargers, helping them win the title in the 2009 season. After making a switch to Mumbai Indians in 2012, Smith made them win the IPL in 2013 and then the Champions League T20 the same year. Chennai Super Kings bought his services in 2014 during the auction.

Smith was also part of the West Indies squad that won the ICC World T20 2012 in Sri Lanka. With a style suitable to the shortest format, he has played franchise-based Twenty20 cricket in Australia, England, and Bangladesh in addition to his stints in West Indies and India.