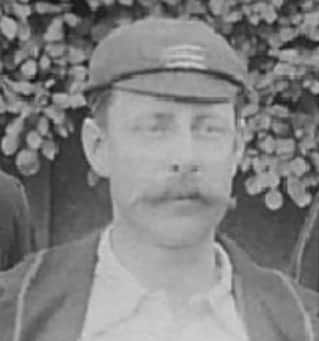 Wicketkeepers of later era remained grateful to ‘Barberton’ Halliwell — for he was the first to insert raw steaks inside those big gloves while keeping wickets to fast bowlers. He had probably come up with the idea after having to stand up to South African fast bowlers (especially Johannes Kotze) on matting wickets. Whatever be the reason, he taught a generation of glovemen to use these ‘shock-absorbers’.
Even if one takes that away, Halliwell is usually acknowledged as the first outstanding South African wicketkeeper. He adapted as well as anyone, standing up to the stumps in South Africa and staying back in England to adjust to the swing. Contemporaries compared him to the other two contemporary greats — Australia’s Jack Blackham and England’s Gregor MacGregor.
His 60 First-Class matches fetched him 112 dismissals along with 1,702 runs at 19. In Test cricket his 8 Tests yielded 188 runs at 12.63 and 12 victims.
He could be brutal with bat: Wisden mentions Halliwell (139*) and Tommy Routledge (147*) adding an unbroken 289 in 105 minutes in a match between the “Mother Country and Colonial Born”.
His father Richard kept wickets for Middlesex. Barberton was born in Ealing, which allowed him to play for Middlesex. He also played for WG Grace’s London County, while in South Africa he played for Transvaal after moving in the 20s.
His Test career came in the early days of South African cricket. South Africa lost 7 out of 8 Tests he played: interestingly, Halliwell’s only fifty came in the sole drawn Test of his career.
He passed away in 1919, at 55.
Abhishek Mukherjee