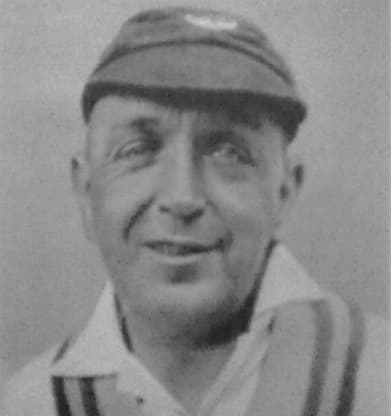 Fred Root of Worcestershire was one of the earliest to voice his opinion against the amateur-professional bar in English cricket. A supreme strategist, he experimented with leg-theory bowling about a decade before the Bodyline series. “Fred Root bowled to exactly the same field as I did in Australia,” Harold Larwood would later recollect.

That was not all. Both Denzil Batchelor and Richard Thomas (for Cricket Yorkshire) theorised that Root was one of the pioneers of reverse-swing as well.

Of course, Root was not as quick. He bowled in-swingers and off-cutters and was extremely accurate, which meant an arc of short-legs was always needed. And in the process of revolutionising cricket, Root picked up 1,512 wickets at 21 to go with 7,911 runs at 15.

His 1,387 wickets are the fourth in Worcestershire history. It must be remembered that Root had moved from Derbyshire to Worcestershire at 30. His finest season was 1925, when his 219 wickets came at 17. Of these 207 came for Worcestershire, still a county record; of the top seven season aggregates for them, Root holds five including the top two. His batting average was a mere 15, but he did do the 1,000-run-100-wicket double in 1928.

He penned down simple philosophies of bowling: one need not be express or move the ball to a great extent, but should preserve energy when one ages. He also devised ways to keep that burly frame going: he carried an extra pair of socks, used talcum powder chafing, and methylated spirit for skinned fingers.

But Root’s impression on the sport was deeper than that. He had his run-ins with the management when he realised that as a professional he had to put in significantly more ‘hackwork’ than his amateur counterparts.

On another occasion Worcestershire refused to pay Root £500 as the minimum guaranteed benefit money, and only relented when he showed them a Lancashire League contract worth £600.

To the horror of several men, he asked Lord Hawke to stop talking while fielding. In other words, unlike most of his contemporaries, he refused to accept the supremacy of the amateurs.

Root also envisaged limited-overs cricket: “Make the matches short and snappy. So many overs to be bowled by each side if you like, but aim at a definite result in a specific time.”

Root wrote the much-acclaimed A Cricket Pro’s Lot in 1937, taking on, among other things, the professional-amateur bar in between-Wars cricket. He also became a First-Class umpire and a correspondent for Sunday Pictorial.

He was 63 when he passed away in 1954 — just after Len Hutton became the first professional to lead England.