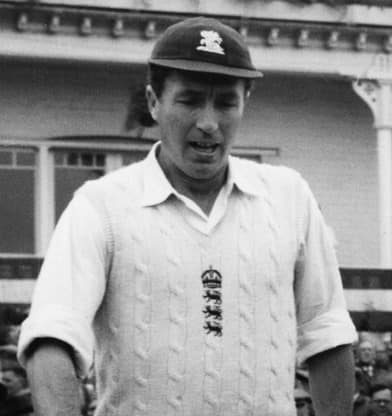 Fred Titmus began his First-Class career when Clement Attlee was in office and ended it during the premiership of Margaret Thatcher. Thus, his career outlasted seven other Prime Ministers in between. It started at the age of 16, and ended in a surprise game on special request of Mike Brearley a few months from his 50th birthday.

Even more incredible was the continuation of his career after losing four toes in a boating  accident. In the summer that followed, Titmus played 30 matches for Middlesex, picking up 111 wickets at 19.37. He also scored 924 runs at 25.35 with five half centuries — in fact, he headed the batting averages for his county. John Woodcock observed in the Times, ”As I watched him carried from the sea I saw little chance of him playing again. [His return is] a remarkable story of good doctoring, good luck and irrepressible spirit.”

Titmus was a good enough batsman to open against Australia when the situation demanded, but his batting was always the secondary skill, made useful through application, pluck and sound basics. It was as an off-spinner that he made his reputation and his claims to the England side.

He loved bowling long spells, cutting off scoring opportunities and patiently waiting for the batsman to make mistakes. At Lord’s he was a familiar sight, hitching up his trousers, blowing into his right hand, and jogging a couple of paces from the Pavilion End with John Murray behind the stumps and Peter Parfitt at slip.

Due to his seam bowling background, he never quite managed huge purchase from the wicket, but remained a master of drift and flight. One particular delivery, bowled from the index finger, curled in from outside the leg-stump and trapped many a hapless batsman in front. It was supposed to be his swinger. He kept bowling wicket to wicket, and his huge natural drift convinced Clive Lloyd to adapt the approach of playing him as a conventional outswing bowler. He could also on occasions delay his delivery at the last moment to deceive the batsman into false strokes.

Titmus the man was short, neatly dressed and noted for his quick wit, but could be blunt and opinionated, often biting and acerbic.  He could chat away incessantly during a game, without losing focus. According to John Warr, he would sometimes take a catch in mid-sentence. It was said that he walked like Chaplin and wisecracked like Groucho Marx.

Titmus acted as a Test selector in the 1990s, but it was during turbulent times. He also helped Harbhajan Singh with his action when the Indian off-spinner was struggling with a suspect delivery.

He remained a man who loved his life and could laugh at his miseries. Once he was knocked off his bike by a post office van. He lay on the ground, writhing in mock agony. When the concerned driver came running, he ripped off his shoe and sock. Pointing to his disfigured foot, he shouted: “Look what you’ve done!”

His handicap earned him many a laugh, and did not interfere with his cricket.