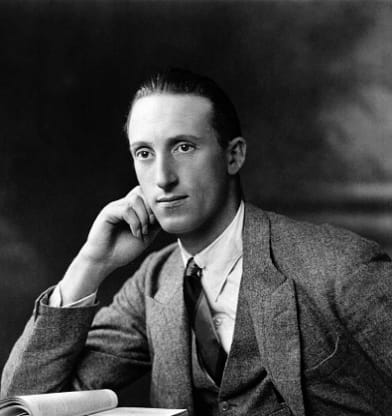 The Hon. Freddie Calthorpe hailed from the Gough-Calthorpe family — ancient landowners around Birmingham, at one point of time the Lords of the Manor of Edgbaston. It was not surprising that after a dismal pre-War stint with Sussex, this scion of the noble line threw in his lot with Warwickshire and became the captain of the county.
Calthorpe was an outstanding schoolboy cricketer at Repton. With maturity at Cambridge, he also became a batsman of style and fluency with forcing strokes on the off-side. Moving forward and back with equal ease, he could use his feet to cream when the ball was pitched in his zone, and move back to cut if shorter. He backed it up with some effective medium-paced bowling. His run-up was complicated — it was often described as corkscrew — but he generated enough movement with the new ball to harry the best of batsmen.
During the Great War, Calthorpe served in the Royal Air Force and when the atrocities ended, he rejoined Cambridge and would have captained the side but for an erring postal service that misplaced the invitation letter.
From 1919, Calthorpe represented Warwickshire and became the captain of the county side the following year.  He remained the skipper for the next nine years. The mantle of leadership sat well with him, as he proceeded to capture exactly 100 wickets that season. He also scored 1,025 runs to complete the double. For the next few years he remained a very useful all-rounder. In the winter of 1922-23 he went to Australia and New Zealand with the MCC side led by Archie MacLaren.
In the 1925-26 winter Calthorpe took the MCC team to West Indies and led with panache and enthusiasm, punctuating his captaincy with some useful performances.
By 1929 Calthorpe was past his best, but once again led an MCC side to West Indies — for the first ever Test series to be played in the islands. As a result he became one of the few men to lead his country on debut. England made history by fielding sides in two Tests simultaneously — Harold Gilligan led another team against the New Zealanders.
Calthorpe did nothing special with either bat or ball. His 129 runs at 18.42 and one solitary wicket for 91 runs read very ordinary and also stand as the output of his entire Test career. However, he attained immortality in cricketing folklore because of the timeless Test at Kingston.
He played his last match in September 1935, leading MCC against Kent. Just about a month after this game, Calthorpe fell ill and never recovered. He died in 1935, aged just 43.
His 12,596 runs at 24 with 13 hundreds and 782 wickets at 30 mark him out as an efficient, if not spectacular, all-rounder. Besides, the energy with which he led a rather ordinary Warwickshire outfit went a long way in shaping the future of the county.
Arunabha Sengupta