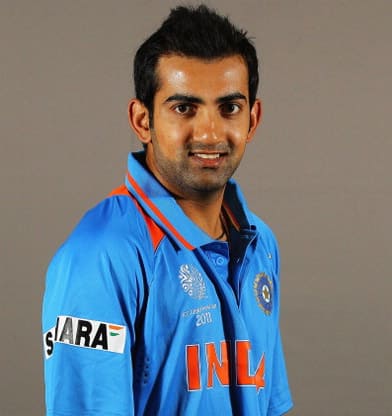 At one point of time in his career, Gautam Gambhir looked like becoming the backbone of Indian batting. He played match-winning innings in World T20 2007 and World Cup 2011, and was set to be a crucial cog of a very strong batting-order once the legends quit. If the two classics in the finals were his finest in the shorter formats, the marathon 643-minute match-saving knock at Napier in 2009 established him as one of the best in Test cricket.

Unfortunately, India’s horror tours of England and Australia after World Cup 2011 saw Gambhir struggling on all fronts, which was where perhaps it all started falling off for one of the most dogged and talented Indian batsman.

Gambhir formed one of the most successful opening pairs with Virender Sehwag in Test cricket. When Sachin Tendulkar was around, he remained India’s best No. 3 in ODI cricket. In T20Is, he had significant success averaging 27.41 (and was India’s leading run-scorer for some time); he also led Kolkata Knight Riders to IPL title wins in 2012 and 2014, proving he could have been a feisty captain for the Indian national side as well.

In Tests, he formed the best opening partnership for India, adding 4,412 runs with Sehwag in 87 innings. In 49 ODIs, they added more than 2,200 runs, and in T20Is, they hold the record for most runs added for any wicket for India.

Gambhir made his Test debut in 2004 after having already scored 5,000 runs, but it was his non-selection for 2007 World Cup in West Indies that proved to be the catalyst. Gambhir came back strongly in the World T20. And as far as red-ball cricket was concerned, he amassed 730 runs in only 5 matches for Delhi in Ranji Trophy 2007-08 at 91.

Gambhir also played a crucial role with 97 in World Cup 2011 final, especially after India lost Sehwag and Tendulkar early. He probably deserved the Man of the Match award as much as MS Dhoni did.

The tours of England and Australia in 2011 changed everything. Things went downhill, and Gambhir was eventually dropped after the selectors ran out of patience. He was dropped during the England series of 2012-13. He returned to the Test side as a backup opener in England in 2014, and he has remained away from the national side since.

On a different turf, Gambhir is a master. He built KKR into a champion side replete with grinders, T20 big-hitters, potent pacers and a plethora of spinners — all in T20 cricket. As batsman, Gambhir is one of the most prolific IPL run-makers.