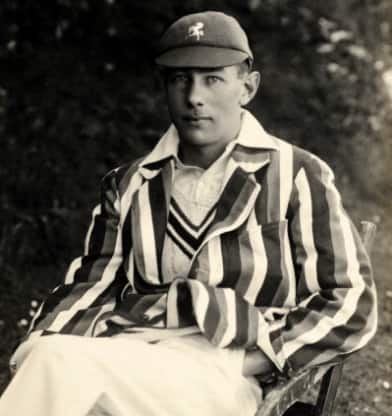 A captain of Kent, Legge gave up cricket at the early age of 28. Later he died in the Second World War while flying as Lt Geoffrey Legge of the Fleet Air Arm.
A product of Malvern and Oxford (where he was captain), Legge captained the University and then took over the captaincy of Kent. That year, 1928, saw Kent finish second in the Championship after Lancashire.
Legge toured with England twice, to South Africa in 1927-28 and New Zealand in 1929-30. The second tour was a special one since two English teams were playing simultaneously, one in West Indies and the other in New Zealand. In the fourth Test of the series, the last of his career, Legge hit 196 at Auckland. He got a duck in the second innings, and in all his Test career his second highest score remained 39. But that one huge innings gave him an average of 49.83 in the 5 Tests that he played.
In First-Class cricket, Legge scored 4,955 runs at under 25. He was also a fine slip fielder and a useful, occasional slow bowler.
He also played football for the Malvern XI and played for his school at rackets.
On June 20, 1939 he was promoted to Lieutenant-Commander in the army. Six days later he died in Devon as a result of a plane crash. He was 37.
Arunabha Sengupta