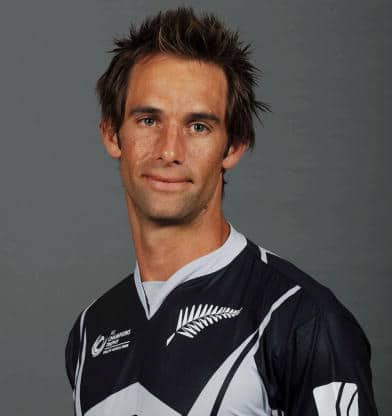 A technically sound batsman, Grant Elliott has the rare ability to move the ball either way with a short run up. Born South African and having played for South Africa A, Grant Elliot moved to New Zealand in 2001 to pursue his cricketing dream. It took him six years to qualify and play for New Zealand.

Elliott had a poor Test debut against England in 2008, but earned a Surrey contract. Later that same year was picked as a replacement for Jacob Oram in the ODI series in England and made a huge impact in all departments. He had a decent run, and next year he scored an ODI hundred against Australia — the first by a New Zealand batsman at SCG. He also put up a decent show in the Champions Trophy that year.

Persistent knee injuries ruled him out for some time, especially during the World Cup. Though he made it to the squad following Oram’s retirement, he remained inconsistent. He was brought back for the ODI series against South Africa in 2013 where put up a decent all-round show, but it was not enough to cement a place. The surprise came when he was picked for the New Zealand squad for World Cup 2015.