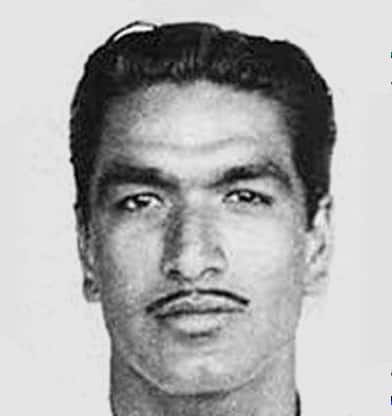 Gulabrai Ramchand will always be remembered as the man who had led India to their first Test victory over Australia — at Kanpur in 1959-60. On that occasion, Jasu Patel had taken 9 for 69 and 5 for 55. It was, somewhat surprisingly, his last series. He was as prolific, if not more, in Ranji Trophy, helping Bombay 6 Ranji titles.

A tremendously hard hitter of the ball, it was extremely difficult to keep Ramchand quiet when he was on song. He could also drop anchor when chips were down, ever willing to play the big innings. He was also a brave close-in fielder and bowled brisk medium-pace.

Unfortunately, Fred Trueman got the better of him. He made his debut in the ‘0-for-4’ Test at Headingley, registering a pair. He was, however, retained for three outstanding one-handed catches off Ghulam Ahmed and 2 wickets. He fought back with 42 at Lord’s. He was in and out of the side, his one performance of note being a swashbuckling 62 at Queen’s Park Oval with 11 fours.

It was roughly at this time that he started establishing himself as a bowler. He had 5 for 63 against Pakistan at Eden Gardens in 1952-53, but the real performance came at Karachi, 1954-55: he was accurate and moved the ball away late at brisk pace, finishing with 6 for 49 — figures that remained the best for an Indian in Pakistan for close to three decades.

He played an astonishing innings against Australia at Brabourne Stadium in 1956-57: coming out at 74 for 4, Ramchand thrashed an attack consisting of Ray Lindwall, Alan Davidson, Richie Benaud, and the tearaway Pat Crawford to score 109 with 19 fours; India scored a mere 166 during his stay at the wicket.

He had an unfortunate professional life, for Air India, his employers, deducted his salary when he was away on national duty. He was India’s manager for World Cup 1975, and followed cricket till his last days.

He suffered two heart attacks and passed away in 2003. Before that, he was moved out of ICU at Hinduja Hospital, for it was too expensive for his family. In the end BCCI reluctantly paid INR 200,000, that too after severe criticism from Mushtaq Ali, then 88. Such were the last days of the Indian who beat Australia in a Test for the first time.