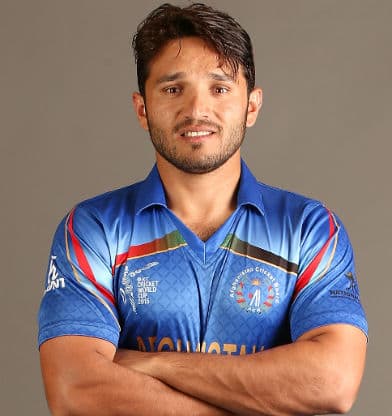 Gulbadin Naib, born in the Logar province of Afghanistan, wore his country's shirt for the first time, playing against Japan in the World Cricket League Division five at the age of 16. Ever since then he has been a regular feature in the Afghanistan side and has contributed immensely to their meteoric rise.

He even featured in the famous documentary, Out of the Ashes, which depicted the success story of Afghanistan in the field of cricket. In the documentary, it is revealed that apart from cricket, Gulbadin Naib is also a passionate bodybuilder. He cited Arnold Schwarzenegger as one of his main inspirations.

He is a right-arm medium fast bowler and specializes as a wicket-taker, but doesn't have a great economy rate to go with that. He was selected in the Afghanistan squad for the ICC World Cup 2015 at the age of just 23.

The way he has performed indicates that he may have only finished one-fourth of his cricketing career and has a lot to contribute to Afghanistan cricket and possibly see them take the step from an ODI side to a Test side.