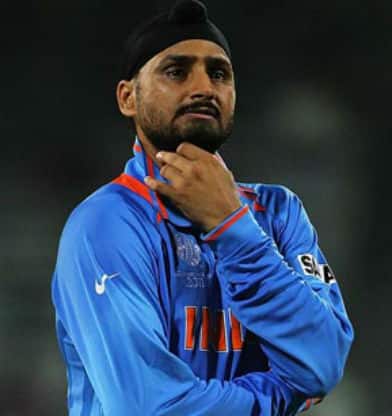 Had Anil Kumble not been injured for the 2000-01 series against Australia, Harbhajan Singh would probably have moved to USA to drive trucks. Instead, he was drafted into the side, and claimed 32 wickets at 17 from three Tests (including 28 at 15 from the last two). Nobody else had as many as four wickets.

But there was more to Harbhajan than that one series. He has not dominated a series the way he did the Australians on that occasion, but then, almost no one has. It is difficult to choose from his other famous performances — 7 for 87 against South Africa at Eden Gardens, 7 for 62 against Sri Lanka at Motera, 5 for 13 against West Indies at Sabina Park, 6 for 102 and 4 for 51 against Sri Lanka at Galle, 6 for 63 against New Zealand at Hamilton, and 7 for 120 against South Africa at Newlands.

His off-breaks can be vicious; he can come off the pitch at a rapid pace; he can move the ball the other way; all that, after he made a comeback after being called for a suspect action. Give him the ball and he will come at you at full throttle; give him an early wicket and he will smell blood.

Unfortunately, the converse has been true for him as well: if he does not get a wicket early in his spell, his bowling often loses the bite, making him resort to a flatter trajectory and greater speed, thereby sacrificing on flight, and as a result, turn. It remained the chief reason for his average remaining on the wrong side of 30 over an illustrious career that resulted in over 400 Test wickets.

With the bat he often resembles a helicopter with a single blade in its propeller, but it is a “technique” that has worked for him: a Test tally of over 2,000 runs with two hundreds (along with several breezy, entertaining cameos) do not come easy.

Harbhajan has thrived against Australia (95 wickets at 30), especially at home (86 wickets at 25). Ricky Ponting, in particular, has perished against him 10 times in 14 Tests; Matthew Hayden, 9 times in 13 Tests; and Adam Gilchrist, 7 times in 10 Tests.

At the same time, the nadir of his career also came against Australians when Andrew Symonds accused him of racism in 2007-08. Shortly after the incident, he was banned from the rest of IPL 2008 for slapping S Sreesanth during the tournament. He has been volatile at times, but there is no doubting his genius.