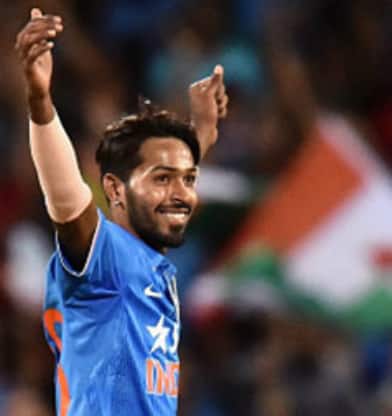 There is much to like about Hardik Pandya, a hard-hitting batsman who can play the big shots from ball one and effortlessly bowl at speeds of close to 140 kph. Born in a small town in Gujarat, Pandya plays domestic cricket for Baroda and has already gained a reputation for being one of their most valuable limited-overs players.

Pandya made waves in IPL 2015 where, playing for Mumbai Indians, he came in at tough times and scored quick runs on a regular basis. His 31-ball 61 not out against a Kolkata Knight Riders attack comprising Umesh Yadav, Morne Morkel, Shakib Al Hasan, Piyush Chawla, Sunil Narine, and Andre Russell was a standout innings — more so because in that same innings Kieron Pollard could muster only a 38-ball 33 not out.

India's search for a pace-bowling all-rounder led them to award Pandya with an international call-up for the T20Is in and against Australia in the 2015-16 season, where he made his T20I debut in the first match at Adelaide. He was then named as a part of India's squads for the Asia Cup T20 2016 and ICC World T20 2016.