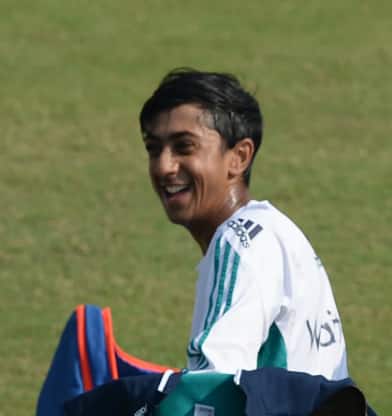 Coined 'Baby Boycott' in the English domestic cricket, Haseeb Hameed made his Test debut at an age of 19, against India at Rajkot. Armed with unflappable discipline and unmatched resilience, Hameed made it immediately evident the why is he reminiscent of the Geoff Boycott style of batting.

Ever since Andrew Strauss' retirement, Alastair Cook did not have an opening partner who is half temperamental as him. Many came, many went. No one could help Cook build long and tiring opening stands to lay a solid foundation.

Hameed was drafted for the very reason. He took as many as 82 balls to score a resolute 31 on debut. He stuck 6 boundaries — 6 delightful boundaries that made people sit up and take notice of his class-apart technique. He then followed it up with an even more resounding 82 in the second innings —against the might of Ravichandran Ashwin and co. And it did not come as a surprise when he shed a few tears of joy.

Born and brought up in Lancashire, his roots are from Gujarat. Therefore, making a debut in the same state was a special moment for the stylish batsman.

Michael Atherton was the last Lancashire opener to play from England — almost a decade and a half ago. Not only did Hameed overshadow Atherton, he also became the youngest batsmen to amass 1,000 runs for Lancashire (fifth-youngest in county cricket) and the first to score twin hundreds in the Roses contest.