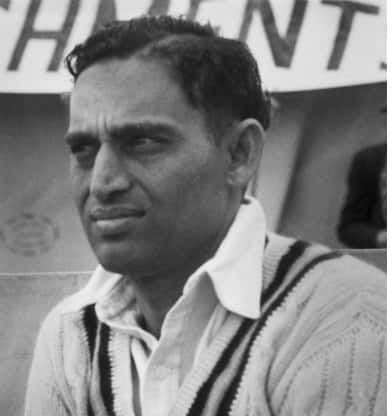 Lt Col Hemu Adhikari instilled a sense of military discipline in an era when fielding was certainly not the forte of Indian cricket. A spectacular fielder himself (he manned cover-point, and threw stumps down with amazing regularity), Adhikari brought the culture of fielding being a crucial dimension of the game.

Of him, Suresh Menon wrote: “It was Adhikari who laid emphasis on fielding and fitness from the grass-root level. In this he was a pioneer.” Raj Singh Dungarpur went a step ahead: “If television had captured him in action in those days — and I do not wish to sound one bit exaggerating — Hemu Adhikari would have been compared to a Jonty Rhodes. He patrolled cover-point as if he was on the Line of Control with the dedication of a soldier.”

He put in long hours in practice, and made sure others followed suit. He led Services in the 1950s — the greatest period in their cricket history. Adhikari took them to consecutive finals in 1956-57 and 1956-57, and under his tutelage a group of Services cricketers — Bal Dani, Apoorva Sengupta, Chandrasekhar Gadkari, Raman Surendranath, Narain Swamy, and Venkatappa Muddiah — all earned Test caps.

The last Test was Adhikari’s first Test appearance in two years. He was posted in Dharamsala on Army duty, when he was summoned — to lead India. He refused, and went only after his chief ordered him to. This was during the 1958-59 fiasco, when India had 6 captains in 7 Tests.

It was also the only time he led India. It also turned out to be his last Test.

Adhikari managed several Indian teams on overseas tours, and was honoured with the CK Nayudu Lifetime Achievement Award in 1999. He passed away in 2003.