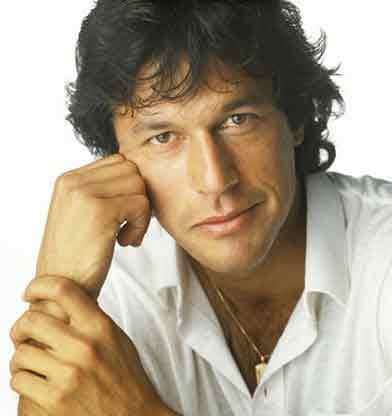 Because of him, hundreds of young Pakistani lads started lengthening their run-ups and hurling them down quick on heartbreakingly flat baked-mud wickets. Because of him, cricket in Pakistan and the subcontinent gathered a following like never before, including thousands of swooning ladies enchanted by the raw sex appeal with which the suave Oxford-educated Pathan went about his job. Because of him, a nation of incredibly talented but rudderless cricketers suddenly became a major force to reckon with, holding their own against the mighty West Indians and finally winning the World Cup in 1992.

Imran enjoyed his heydays when four all-rounders lorded over the world of cricket. With Ian Botham, Kapil Dev and Richard Hadlee conquering the world in their own ways, he was the fourth axis, a pillar of glittering brilliance, the only one which refused to wither with age.

Botham deteriorated in slow but sure steps, evident perhaps to all but himself. From 1984, Kapil went into a long dry wicket-less period and his bowling was never again the force it once was. Hadlee remained at the peak of his wicket-taking ability, but was the first among the four to finish his career and not really in the same league with the others as a batsman.

Imran was the most incredible. He played for 21 years and kept getting better with age, like the choicest of wines. He never stopped taking wickets, and scored more and more runs as time stood confused and still. Incredible as it may sound, his final 51 Tests since the 1982 England tour yielded 2,477 runs at 51.60 and 204 wickets at 19.90. Seldom has any cricketer matured this gracefully and profitably with age.

Imran suffered from injuries, which saw him play the 1983 World Cup purely as a batsman. Hamstrings gave up and there were stress fractures. But, he always managed come back as a bowler, and as he lost pace, he made up for it in guile. His iconic delivery action and follow through, with those poison-tipped in-dippers, were garnished with subtle changes of pace, variations, reverse swing — and often bursts of speed which seemed beyond him. His flamboyant batting, renowned for massive hits into the stands, became more and more steady and dependable. Added to it was the incisive captaincy which made him one of the most astute leaders in the game.

Imran retired after the 1987 World Cup but the nation considered him indispensible. President Zia-ul-Haq asked him to continue and he did so for five more years, as a captain who finally held aloft the World Cup in 1992. Even at the age of 39, he walked in at No 3 to add his aeons of experience into the scheme of things, guiding his team to memorable victories in the semi-final and final.

Imran’s final figures read 3,807 runs at 37.69 and 362 wickets at 22.81, puttng him way above his contemporary clutch of great all-rounders. And most of his countrymen swear to his being the best-ever captain of the nation. A true legend, if there was any.