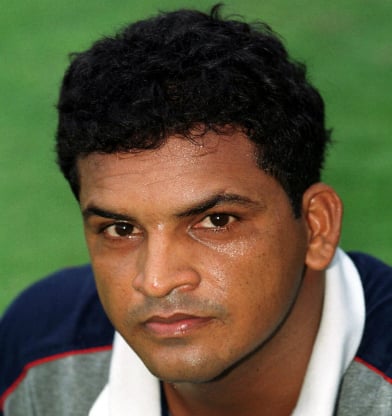 Jacob Martin sprung into prominence after an outstanding season in 1998-99, when his 1,152 runs came at an astonishing 96 with 5 hundreds. He scored 1,037 runs in that edition of Ranji Trophy, breaking the existing record. Unfortunately, Martin never held the record, for Vijay Bharadwaj slammed 1,280 the same season. However, his 1,037 runs and 5 hundred both remain season records for Baroda. Two seasons later crossed the 1,000-mark again in the Indian domestic season.

In between all this, he played 10 ODIs, scoring 158 runs at 23 with a sub-50 strike rate, never reaching the 40-mark (though, to be fair, he played all his matches away from home). He had his moments, scoring a gritty 33 against West Indies in a low-scoring encounter, and 39 and 36 in his last two innings. Unfortunately, while his composed technique was reassuring, he never gave an indication that he was cut out for limited-overs cricket. They probably picked him for the wrong format.

In domestic cricket Martin earned a reputation as a run-glutton, amassing 9,192 runs at 47. He led Baroda to consecutive Ranji finals, in 2000-01 and 2001-02, winning the first. These were Baroda’s first appearances in the Ranji final since 1958-59. Along with Nayan Mongia, Connor Williams, and Satyajit Parab, Martin helped form a strong batting line-up for Baroda — one that lacked glamour but not substance.

In 2001-02 he slammed 271 against Hyderabad, thus becoming only the third from Baroda (and the first since 1957-58) to cross the 250-mark. Four seasons later he scored 251 against Uttar Pradesh. His 6,877 runs for Baroda are next to only Williams’ 7,056, while his 20 tons remain a record. He also played for Railways (who he faced in consecutive Ranji finals) for a season; and came out of retirement to play for Assam, eventually finishing with Baroda.

He came into news abruptly in 2011 for being arrested for trafficking budding cricketers to the non-existent Ajwa Sports Club in UK in return of money. He was later released on bail.

In 2016, Baroda appointed Martin as their coach.