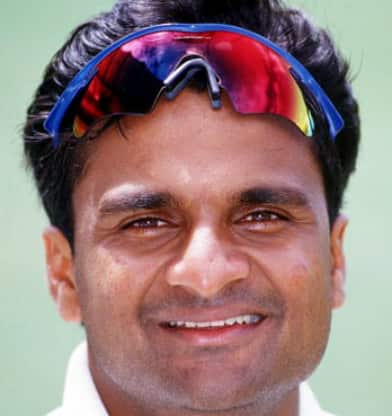 Javagal Srinath started off as an express bowler. A raw tearaway in his earlier days, Srinath brought the ball in at terrific pace, and was easily the fastest bowler in the history of the country till the advent of the young brigade in the 2010s.

With age came injuries. Srinath changed his action, cut his pace down, and added the leg-cutter and a deceptive slower delivery to his arsenal. If he was devastating before, he was now vicious.

On some days he could be ordinary. On some others he looked lacklustre, even out of breath. But on his day he had that rare ability to run through sides — a trait common to all champion fast bowlers.

When South Africa needed 170 at Ahmedabad in 1996-97, Srinath claimed two wickets in the first over, and had two-in-two thrice during the innings. He finished with 6 for 21, and the Proteans folded for 105.

After India were bowled out for 83 by New Zealand at Mohali in 1999-00, Srinath hit back with 6 for 45, restricting them to 215. And at Calcutta in 1997-98, on a pitch where India went in with three spinners, he wrecked Australia in each innings, winning the Man of the Match award despite taking only 6 wickets.

In Tests Srinath’s numbers read 236 wickets at 30.49. The wicket count would have been higher, had he not been plagued by injuries, beginning with one in the rotator cuff muscle in 1997. He would almost certainly have played more than 67 Tests.

In the 1990s, when every Test nation had a quality opening pair, Srinath was often left alone, trying his heart out on unfriendly tracks. He remained India’s torch-bearer in an era when India rarely won Tests overseas.

A competent batsman, he finished with 1,009 runs in Tests (reaching the four-figure mark in his last match) and 883 in ODIs, where he was often used up the order to slog. On a Bangalore night in a Titan Cup match in 1996-97, he and Anil Kumble added 52 for the ninth wicket to secure a 2-wicket win against Australia.

Apart from Karnataka he had stints for both Gloucestershire and Leicestershire, and his 533 First-Class wickets came at 26.