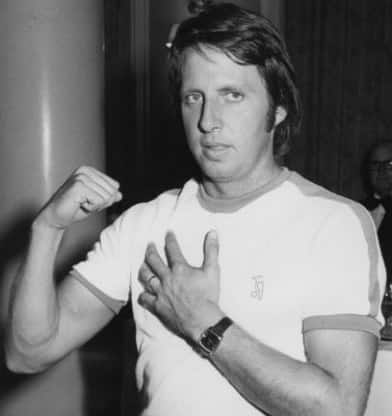 Jeff Thomson’s near-bored run-up hardly revealed what was in store. The shoulder faced mid-on just before the release. Then he released the ball with a slingshot action, pausing for a millisecond before unleashing his full power.

There was no nonsense of a rhythmic run-up: it was sheer power, nothing more, nothing less, a result of carting heavy sheets during his childhood (his father was a fibrous plaster manufacturer).

But it was not only about speed: Thomson had a yorker and a bouncer, and it was almost impossible to tell which was more lethal. He was never short on aggression, and had gone on record saying that he preferred seeing blood on the pitch than flying stumps.

And despite all that, Thomson is a polite person, never refusing autographs to little boys (he “might have a good-looking sister”). Len Pascoe, selected ahead of Thomson in the Lord’s Centenary Test, wanted to ‘fake a hamstring’ to get his (more deserving, as per Pascoe) mate in the side. “If you do I will do mine as well,” came the response.

In his early days he and Len Pascoe (Thomson’s mate at Punchbowl Boys High School and Bankstown High Club) tormented the local boys so much that they Bankstown Hospital named a ward after the pair.

Greg Chappell once refused to bat against him. Lance Gibbs pleaded Ian Chappell to ask Thomson to not hit him. He knocked off Viv Richards’ cap (he took 6 for 77 in that innings at Kensington Oval). He hit Sunil Wettimuny on the instep and Duleep Mendis on the head in the same innings, the latter leaving ground in tears after the blow.

That was in the 1975 World Cup. Australia almost chased down 292, thanks to some lusty strokes from Dennis Lillee and Thomson, who added 41 for the last wicket. In the end they were bowled out for 274.

The 1974-75 Ashes, however, remains Thomson’s greatest series. At The Gabba he blew England away with 6 for 46. Sitting in the stands was Keith Miller, a devastating bowler on his day. Both he and Jim Laker later admitted being scared.

At WACA he bowled one that smashed David Lloyd’s box, which “snapped shut again like a guillotine coming down.” Fred Titmus confessed that he could not see the ball. England collapsed to a humiliating 1-4 defeat as Thomson picked up 33 wickets at 18. The next year, against West Indies, he took 29 more, at 29. Australia won the series 5-1.

Thomson was in demand during Kerry Packer’s World Series Trophy, but he was one of the rare few who turned down the offer. Instead, he played alongside a group of rookies and an out-of-retirement Bobby Simpson, and helped win the series with 22 wickets at 23.

He was not happy when the selectors dropped him from the 1981 Ashes. He responded by turning up for Middlesex against Australia and hit Graeme Wood out of action.

He later became a successful television commentator and coach. He was inducted to the Australian Hall of Fame in 2016.