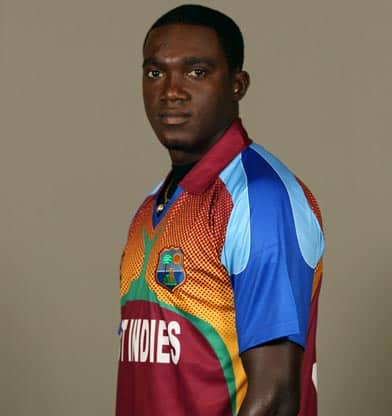 Jerome Taylor could have been the spearhead who could lead West Indies back to their golden days of fast bowling. He had the talent and the pace. Unfortunately, a string of injuries and controversies cut a promising career short before he staged a comeback.

Picked for West Indies in 2003 just short of his 19th birthday, Taylor was dropped and came back only in early 2006 when West Indies toured New Zealand. He put up some fantastic performances in 2006, which included five for 50 at Jamaica against India. Later, during the ICC Champions Trophy, his hat-trick helped West Indies script a rare victory against Australia.

Two years later, he claimed 5 for 11 to help skittle England for 51 and help West Indies win the Jamaica Test. He seemed to be putting on the huge shoes of his predecessors. Unfortunately, he had his shares of injuries, which meant that he was kept out of the game for a long time.

He did feature in the IPL 2011 for the Pune Warriors India, but that came in the backdrop of a controversy when the WICB officials questioned his commitment to play for the West Indies. With all those issues, Taylor stayed out of international cricket for four years before returning for the home series against New Zealand.

During the series against Bangladesh that followed, he completed his 100 Test wickets. He has a few years ahead of him and can add value to the West Indies pace attack. He is also a capable batsman, with a Test ton to his name, which came against New Zealand in 2009.

A turnaround seemed around the corner in 2015, when he claimed 29 wickets at 30, including 6 for 47 against Australia at Sabina Park. Unfortunately, he announced his retirement from Test cricket in 2016.