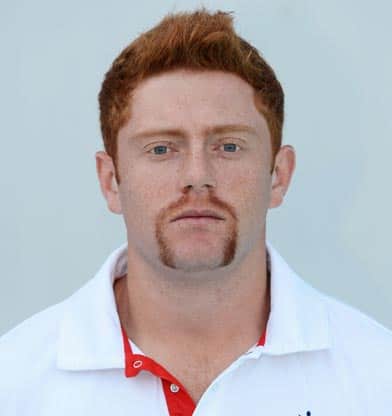 Having made his international debut in 2011, Jonny Bairstow has spent more time out of the team that in it. The likes of Matt Prior and Jos Buttler ensured England had no dearth for a good wicketkeeper.
Bairstow scored an unbeaten 82 on First-Class debut, for Yorkshire against Somerset in 2009. He had continued his good run of form thereafter but big scores eluded him. That finally came in 2011, when he scored a double-century against Nottinghamshire and a hundred against Somerset. That warranted him a place in the England squad.
He made his Test debut the following summer against West Indies at home. He did not do much, but he played the Lord’s Test against South Africa after Kevin Pietersen was dropped on disciplinary grounds. He scored 95 and 54.
The big scores kept eluding him. He was left out of the ODI squad, but was not dropped from Tests. He was part of the torrid Ashes tour of 2013-14 that England lost 0-5 Down Under and was dropped thereafter.
But as luck would have it, Bairstow got a chance to redeem himself after he was picked midway during Ashes 2015 for Gary Ballance. His heroic performances in the ODIs against New Zealand before the Ashes earned him a place in the ODIs against Australia ahead of Buttler.
Though Bairstow did not make it to England’s squad for the 2015 World Cup, he graduated to England’s first choice wicketkeeper in Tests cricket. He did well in his limited-overs opportunities, including a Man of the Match performance against Pakistan in an ODI at Headingley.
He really came of age in 2016, scoring when he scored 1,470 runs at 58.80 from 17 Tests including a career-best of 167* against Sri Lanka. He set a new world record for most runs by a wicketkeeper in a calendar year, going past Andy Flower’s 2000 record of 1,045 runs by a considerable margin.
Bairstow was named in the England’s squad for the 2017 Champions Trophy, and he responded with a belligerent 113-ball 174 in 2017 that helped Yorkshire chase down a target of 336.
His father, the effervescent, quintessential Yorkshireman David, had played 4 Tests for England. It came as a shock when he hung himself in 1998. David was depressed about his wife’s ill-health and financial troubles. Jonny’s brother Andy also played for Derbyshire.