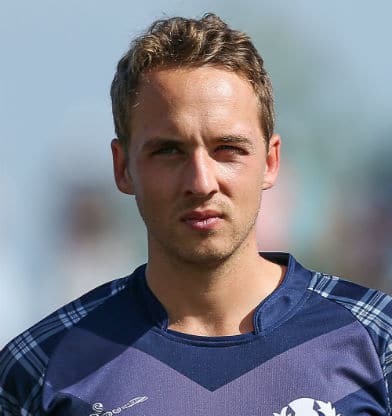 The benchmark for high-performance among Irish and Scottish players is when they find a permanent place in a county side. At a young age, Davey has already played Middlesex and Somerset.

He got his first county contract at 19 with Middlesex. However, he was unable to make most of his talent despite a four-year long run.

His stint with Somerset has been relatively better. He is a bowling all-rounder, and his performances are not affected by the format. He is just about as effective in a fast-paced T20 game as in a sedate four-day game.

His consistent performances at junior and domestic level earned him an international cap in 2010 against Netherlands at Rotterdam. Though Ryan ten Doeschate stole the show, but Davey scored 24 and got a wicket.

His best performances for Scotland were yet to come. His first career highlight came against Afghanistan in January 2015, when he slammed an unbeaten 53 off 48 balls and wreaked havoc with the ball, taking 6 for 28, bundling Afghanistan out for 63.

Davey reached his peak in World Cup 2015, taking 15 wickets at 20.73; before Scotland got eliminated from the tournament, Davey was among the leading wicket-takers.