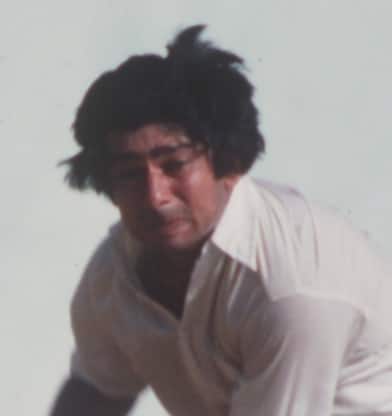 Along with Kapil Dev, Karsan Ghavri formed what in those days was a rarity in Indian cricket — a successful opening partnership with the ball.
He was not nearly as fast as Kapil, but his left-arm pace could be nippy. His erstwhile colleagues sometimes look back at legality of the action of his bouncer with an indulgent frown, but the short ball could be quite disconcerting. And sometimes, when the situation demanded, he could bowl slow left-arm spin as well.
His peak performance was against the touring West Indies side of 1978-79, when he took 27 wickets.
Besides, he was a handy lower order batsman. At Sydney in 1977-78 he scored 64 and later, when the Australians visited, he hit 86 furious runs with three sixes at Bombay. Apart from these he saved the Indian side from almost certain defeats several times with his determined lower-order resistance.
Yet, what takes the sheen away from his achievements somewhat is the fact that most of his better performances came against Packer-depleted Australian and West Indian sides. He fought gamely in Australia in 1980-81, when Greg Chappell, Len Pascoe and Dennis Lillee were all back in action. He got the vital breakthrough in the final Test, bowling Chappell round the legs. But, he was fast losing form and soon lost his place in the side.
But, 109 wickets for an Indian bowler who mainly bowled pace, a bowling average in the lower 30s and a batting average over 20 underlined both his all-round utility and uniqueness.
Arunabha Sengupta