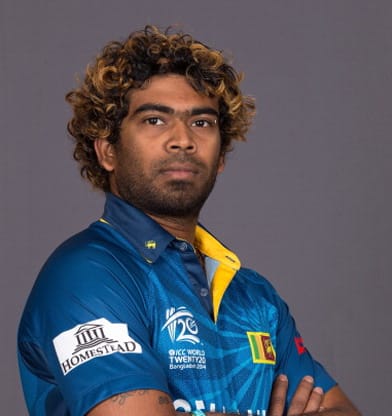 Lastih Malinga’s action may be a purist’s nightmare, but it cannot be denied that he has helped redefine death-bowling with his bazookas that batsmen find a hard time to keep off their toes. A master of the yorker, Malinga is also a clever exponent of variation of pace. To make things worse, his slinging action — that has earned him the nickname “Slinga” — has often left batsmen wondering about the extent of swing, whether with the old ball or new.

The only man to have taken four wickets in four balls in international cricket (a feat he had achieved against South Africa in World Cup 2007), Malinga’s love-affair with hat-tricks is well-known: he became the first player to take three hat-tricks in One-Day Internationals, two of which came in World Cup encounters. He played a significant role in Sri Lanka reaching the final in two World Cups and two ICC World T20s.

Malinga announced his retirement from Test cricket in April 2011 with the aim to extend his career in the shorter formats, and is determined to play World Cup 2015. The decision turned out to be a correct one. If anything, he has improved since he chose to do so. He was also a crucial cog in the Mumbai Indians side that had won the Indian Premier League and Champions League in 2013.

His tactical acumen was tested in World Twenty20 2011, where he was asked to lead Sri Lanka midway during the tournament when Dinesh Chandimal had stepped down. Malinga displayed an exemplary display of leadership. He put the all-conquering Indian batsmen on a leash with a strategy of bowling fast yorkers well outside the off-stump; it worked; Malinga led by example, bowling an outstanding last over, and Sri Lanka won their first ICC tournament in 18 years.