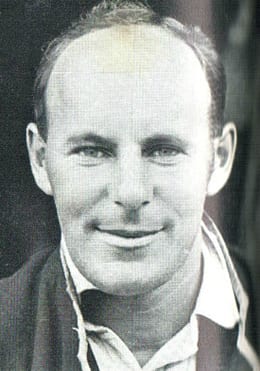 A receding hairline from a young age meant that Gordon Lindsay Weir had to carry the nickname ‘Dad’ throughout his playing days. Of course, that did not have an impact on the enormous respect they had for the man.
An elegant strokeplayer, a more-than-handy slow-medium pacer, and an excellent fielder (but then, all New Zealand cricketers are), Weir played 11 Tests, averaging a shade under 30 with bat and ball. Had World War II not taken away a chunk of his thirties, the world would certainly have heard more of him.
His First-Class numbers (5,022 runs at 32, 107 wickets at 37) are unimpressive. However, till 1930-31 the averages read a staggering 61 and 27; for the rest of the career they were a sub-par 28 and 40. Interestingly, his two most significant Test performances came in the latter.
At Lord’s in 1931 he scored a crucial 37 to take New Zealand to 224. England were down to 190 for 7 before Les Ames and Gubby Allen staged a recovery, adding 246. Weir dismissed both and ended with 3 for 38. Still not done, he got 40 in the second innings. New Zealand saved the Test.
But perhaps his finest show came at Christchurch the year after. South Africa beat New Zealand by an innings, but Weir got 46 and 74*. New Zealand were bowled out for 146 in the second innings; nobody else went past 17.
His teammate Merv Wallace introduced Weir and Walter Hadlee to two women named Betty Blanchard and Lilla Monro on the boat to England in 1937. He did not have a good tour barring the Worcestershire match: chasing 429 the tourists were down to 68 for 7 when Weir walked out: he was left stranded on 134 as they were bowled out for 292.
Weir later taught English at Mt Albert Grammar School. He visited Eden Park whenever there was a cricket or rugby match.
When Alf Gover passed away in 2001, Weir became the oldest-living Test cricketer. He lived till 95 years 151 days. He passed away in October 2003.
A competent fly-half, he had played for the Auckland Rugby Union side 9 times. His elder brother Frank was a batsman who played for Auckland.
Abhishek Mukherjee