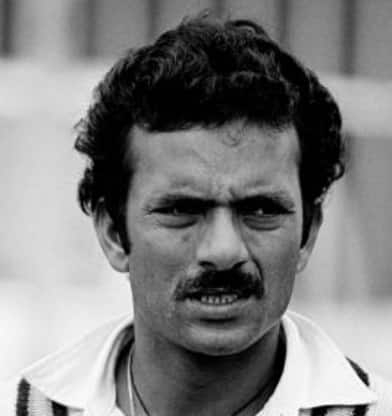 With the bat he saved India from defeat at least once. His fighting 74 at Bangalore against Pakistan is well remembered. And when Imran Khan was demolishing the Indians at Karachi, Madan Lal scored a thrilling half-century, stitching a face-saving stand with Dilip Vengsarkar.
With the ball, he bowled the side to a memorable win at Bombay against England. Besides, he was one of the key members of the Indian team to lift the 1983 World Cup. He picked up three wickets in the final, including the all-important scalp of Viv Richards.
He was a fantastic fielder in his heydays, and a quick mover even when age took its toll.
However, in Test cricket he did not quite manage to replicate his greatness as an all-rounder in the domestic game.
While his numbers read phenomenal in First-Class cricket, over 10,000 runs at 42 and 625 wickets at 25, the Test statistics are quite literally the opposite. His batting average of 22 and bowling average of 40 in Test cricket marked him in the zone of mediocrity.
He did not have quite enough ability with the bat to supplement his application, and with the ball not adequate amount of pace or swing.
Yet, no one could question his commitment and effort. Later he served as the coach and selector of the Indian team.
Arunabha Sengupta