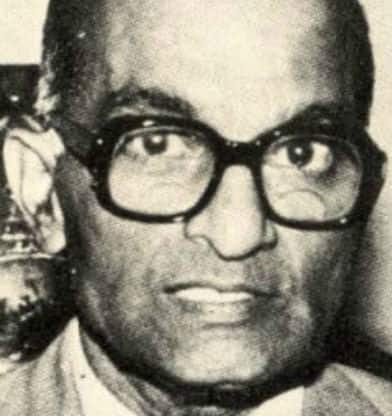 Madhav Mantri was picked for India’s 1952 tour of England after Ranji Trophy 1951-52. Mantri, captain, wicketkeeper, and opening batsman, scored 94 and 152 as Bombay trounced Holkar by 531 runs.

Three seasons before that, Mantri had an outstanding run in Ranji Trophy, with 117 in the pre-quarter-final, 116 in the quarter-final, 200 in the semi-final, and 70 and 30 in the final. Bombay thrashed Baroda by 468 runs to clinch the trophy.

Mantri had to share wicketkeeping duties with Probir Sen on that horror tour. Mantri and Sen played 2 Tests each. At Lord’s he did an excellent job, keeping wickets for over 250 overs, catching Len Hutton, Peter May, and Tom Graveney, and stumping Roly Jenkins. On the same tour he hit Doug Wright out of the ground at Canterbury.

He had made his Test debut the previous season. He had little success with the big gloves at Bombay, but scored 39 in the first innings, adding 75 with Pankaj Roy for the opening stand.

He did play another Test, on India’s 1954-55 tour of Pakistan, but with Naren Tamhane and Nana Joshi both making claims for the Test wicketkeeper’s slot, his days were numbered.

Mantri relinquished the Bombay wicketkeeping duties to Tamhane as well, playing as a specialist batsman. He led Bombay to two more Ranji titles, in 1955-56 and 1956-57, but more importantly, he helped form the nucleus of the all-conquering Bombay Ranji Trophy side of the 1960s.

Mantri is often credited as the man who instilled the sense of discipline and control in his nephew Sunil Gavaskar. He also remained the backbone of Dadar Union, which gave cricket Gavaskar, Dilip Vengsarkar, and Sanjay Manjrekar. He also served as a Test selector and President of MCA.

He managed the Indian team to England in 1990, where he went out of his way to provide unequivocal support to one Sachin Tendulkar.

Mantri was India’s oldest living cricketer when he passed away at 92.