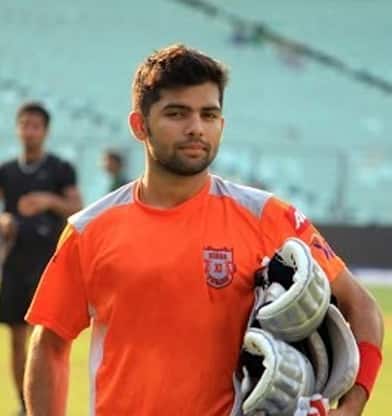 Manan Vohra, the top-order batsman from Punjab, is known for his glittering stroke-play and has been rated very highly by cricket pundits. Vohra had made his First-Class debut for Punjab against Saurashtra in 2011-12, and was a part of India’s plans leading up to the Under-19 World Cup 2012; unfortunately, he missed the tournament due to an injury.

Vohra then made his debut in Indian Premier League (IPL) for Kings XI Punjab in 2013. He was one of the two players retained by Punjab for IPL 2014. He showed his class with some excellent cameos in the 2014 edition.

Vohra notched up his first First-Class hundred against Jharkhand in 2013-14. His knock of 187 also helped Punjab to win their match against Jharkhand. Vohra is one those players who has the ability to shine brightly, and is certainly one of the candidates India should look out for in future — especially in the shorter formats.