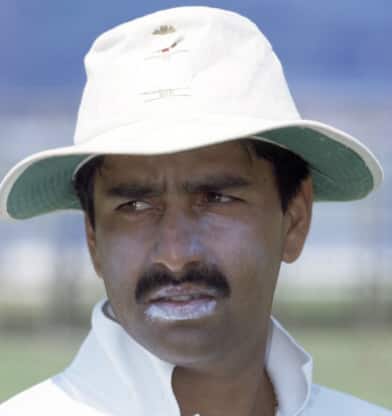 Indian cricket will probably remember Manoj Prabhakar — one of the gutsiest all-rounders of the era and the man who brought reverse-swing to India — for the wrong reasons. His legacy got lost somewhere in an era involving bookmakers.

Prabhakar played 39 Tests, scoring 1,600 runs at 33 and taking 96 wickets at 37. A more significant statistic is the fact that he opened both batting and bowling in both innings in 21 of them. A lower-order batsman, he was forced to open batting in the second innings on debut after Anshuman Gaekwad picked up an injury.

When he did make a comeback, he scored 168 runs at 56 and took 16 wickets at 33 from 4 Tests in that series on Pakistan soil. He also reduced Pakistan to 28 for 3 (with figures of 5-2-5-3) at Karachi before a crowd intervention. More importantly, he learned and fine-tuned the art of reverse-swing.

He continued to open batting, scoring 234 runs from 4 innings on the New Zealand tour that followed. At Old Trafford he helped a young Sachin Tendulkar save a Test, and scored fifties at The Gabba, Adelaide Oval, Newlands, SSC, and P Sara Oval.

The elusive Test hundred came at Mohali, when he batted 7 hours for his 120. Unfortunately, in the second innings, his face was smashed by a bouncer from Courtney Walsh. He scored 102 not out that same winter, but was dropped immediately for batting slowly.

It was in bowling, however, that he grew at an astronomical rate. The Pakistan tour elevated his status significantly as he cemented a place in the side as Kapil Dev’s partner. The in-swing bowler could move the ball away, and had added a devastating yorker to his arsenal. In fact, between the Pakistan tour and Kapil’s retirement, Prabhakar had 120 international wickets at 25 to Kapil’s 92 at 29.

He had a humiliating exit, when Sanath Jayasuriya smashed 33 runs off his 2 overs in his last match at Kotla. He came back to bowl another spell, this time resorting to off-breaks, but with no success. He hobbled out of international cricket with figures of 4-0-47-0.

In May 2000 Prabhakar brought bribery charges against Kapil, accusing Kapil of offering him INR 2.5 million to underperform. Unfortunately, he was left without proof, teamed up with tahelka.com, performing sting operations. The tapes were later published as a controversial book, Fallen Heroes. Despite that the tapes proved inconclusive. He was himself implicated in the final verdict.