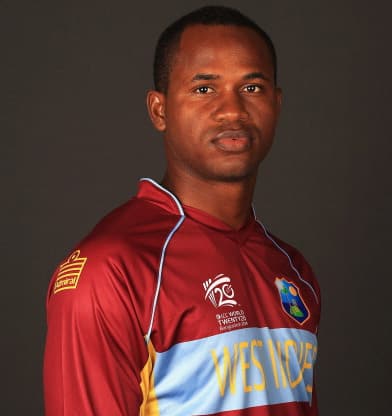 Marlon Samuels has had a mixed career. It has been one of ups and downs, with some controversy to go with it. With the typical Caribbean flair and the ability to make it look effortless, Samuels can be a tough proposition on his day and win it for his side single-handedly.

Combining all those abilities he chalked out a crucial 78 in the ICC World T20 2012 final — one of the finest innings in the shortest version of the sport — to help West Indies take a world title home. The way he took on Lasith Malinga, the deadliest limited overs bowler in the world, was testament to his talent.

But that was when Samuels was in the midst of a purple patch. Back in 2000, on the tough tour to Australia, Samuels was picked a couple of months shy of his 20th birthday. On that tour he showed glimpses of his ability and over the next few years , he only shined in patches. On the tour to India in 2002, he made significant contributions, which included a maiden Test ton at Kolkata and a blitzy ton in the final one-dayer to win the series.

However, Samuels did not quite establish himself and was out of the side for some time. In the months leading up to the 2007 World Cup, it looked like he was settling in before he was accused of sharing details with a man who was alleged to be a bookie. A year down the line, Samuels was banned for two years. After returning to cricket in 2010, he worked his way back into the West Indies side in 2011. In 2012, he hit a very good run of form that saw him score a ton and two Test fifties in England, a double-ton against Bangladesh and a ton against New Zealand at home. Samuels’ brother Robert also played for the West Indies in the 1990s.