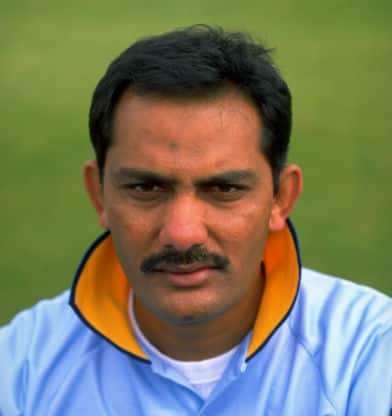 “Cricket is like f**king to him: just go out and do it” were the words Allan Lamb used to describe Mohammad Azharuddin’s batting. Lamb was not off-target, for in terms of sheer aesthetic pleasure few could match Azhar on his pomp.

He had wrists of steel, could play any ball — the line seldom mattered — to any direction between mid-on and fine-leg; when on song he could tear any bowling side apart. On his day there was no stopping him, as bowlers across the world found out to their peril.

He had his weaknesses against pace and bounce — weaknesses that stopped him from scoring across the world.  The West Indian fast bowlers exposed him brutally (he averaged 28 against them and 20 at their den), and he did not do well in Australia either (a mere 28).

Azhar started with a hundred in each of his first three Tests — still a world record. By the time 1985 ended he was hailed as the next big thing. By 1989, he was on the verge of being dropped. Then Raman Lamba got injured just before the Karachi Test, giving Azhar one final chance; four Tests later Azhar was named captain of India.

Azhar’s captaincy formula in the 1990s, based on a phalanx of spinners led by Anil Kumble on turning tracks, revolved around home victories (he never lost a series at home) and away defeats (he won only one, in Sri Lanka). He finished as one of the most successful Indian captains.

He also signed off with a valiant 102, which made him one of select few to score hundreds in the first and last innings of Test career. It was a Test career of ‘almost’, for Azhar finished with 99 Tests and a career best of 199.

A master of the limited-over format, Azhar dominated the middle-overs with sharp singles and ability to accelerate at will. The 12th man bringing out an assortment of bats before the end-overs for Azhar to pick one and go for the slog was a common spectacle in ODIs featuring India in the 1990s. He finished with 9,378 ODI runs, a world record at the time of his retirement. He also had a successful stint with Derbyshire.

And then, there was his electric fielding — certainly not the strongest aspect of Indian cricket in the 1990s. He took spectacular catches in the slips, and prowled at point or extra-cover with the litheness of a panther, swooping down on balls and effecting run outs with direct hits. There was the characteristic swagger that marked him out when he walked around the in-field, his collars raised.

The end came abruptly after he succumbed to the Cult of Mammon in the late 1990s. Match-fixing charges surfaced, and Azhar was banned for life, though the ban was lifted in 2012. An Indian National Congress member, Azhar was elected MP from Moradabad. His biopic, directed by Tony D’Souza, is scheduled to release in 2016 with Emraan Hashmi playing lead role.