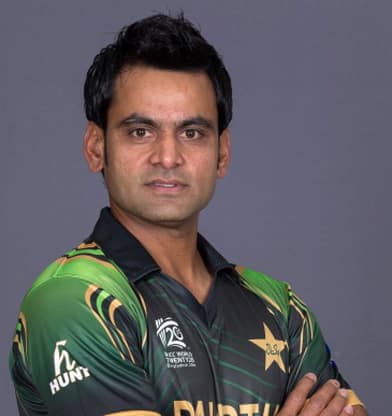 Nicknamed The Professor, Mohammad Hafeez’s all-round abilities have served Pakistan well in recent times. Despite making his international debut in 2003 he only cemented his spot in 2010 to become Pakistan’s most valuable asset across formats.

He can be gritty and expressive with the bat; an accurate off-spinner with the bat who has been the nemesis of left-handed batsmen across the world; and amongst the safest fielders in the Pakistan side.

Hafeez provided solidity at the top with his batting in his early days. In his second Test, he smashed a ton out of a target of 163, but was dropped and only returned a year later on the tour to Australia. However, the impact performances were few and far in between and a year later he was dropped. The talent was obvious but consistency was the issue.

It was not till 2010 that Hafeez found stability and established himself as one of the senior members of the side. He gave them good starts in ODIs and also added solidity. He went a step ahead next year and succeeded Misbah-ul-Haq as captain in T20s. He was also the top-ranked all-rounder in the ICC T20I Rankings.

However, his technique was exposed by Dale Steyn, who dismissed him as many as 10 times in the calendar year. Hafeez was dropped from the Test side and struggled win back a place in the whites. He resigned from captaincy in 2014 following the first-round exit in ICC World T20, but remains an important part of the Pakistan ODI setup.