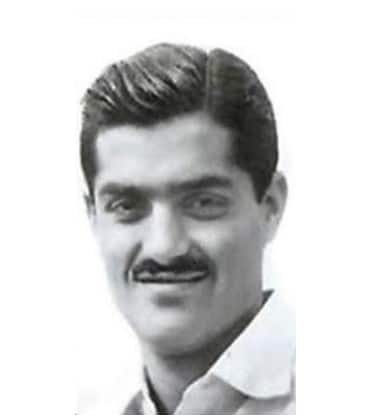 Had the ghastly injury off Charlie Griffith not taken place, Nariman Contractor could have emerged as one of India's finest ever captains. A gritty opener, Contractor was at his best under pressure, holding firm when chips were down.

Injuries and misfortune were not new to him. During the 1959 whitewash, he was felled by a blow on the ribcage by Brian Statham. To his credit he continued to bat, top-scoring with 81 in a total of 168. Fractures later revealed a broken rib. He emerged at No. 8 in the second innings, but was stranded on 11.

Later that year he was playing a fluent innings when Alan Davidson bowled a short-pitched delivery. Contractor pulled, and it got stuck in Neil Harvey’s legs. He fell for 74. Not one to give up, he eventually got that elusive ton — 108 in the next innings.

In his maiden First-Class match, in 1952-53, he scored 152 and 102* against Baroda, thus emulating Arthur Morris with twin tons on First-Class debut. He tried to make it to the Bombay side, but was not selected. But such was his dedication that by 1960-61 he was appointed Indian captain.

After a 0-0 draw in the 5-Test series against Pakistan at home, Contractor led India against Ted Dexter’s England. The series was easily the peak of his career: India thrashed the tourists 2-0. Though he had an average series with the bat, Contractor was hailed a national hero. It seemed India had found the captain they had been looking for. He was even named for Padma Shri.

The tour to West Indies started with two Test defeats, but the real blow came in the match against Barbados. Rusi Surti warned Contractor that Griffith was chucking: his captain did not pay heed. He even survived a chance when Conrad Hunte dropped him at square-leg. The next ball struck him on the side of his head, and he collapsed. He remained unconscious for several days, two emergency operations had to be carried out, players from both sides donated blood, and though he finally got back to normal, he never played another Test. He was 28.

He was later appointed coach at CCI Academy. He was awarded the CK Nayudu Lifetime Achievement Award in 2007.