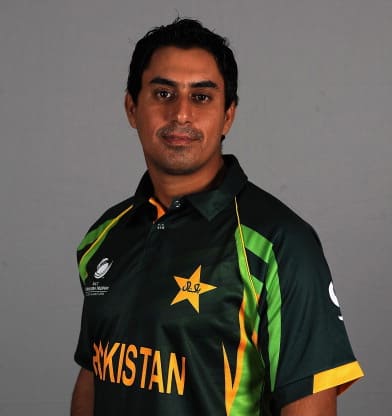 Similar to that of many Pakistan cricketers, Jamshed grew up from street cricket to club cricket and moved to First-Class. But all these happened in a short span. Ludhiana Gymkhana — of which Wasim Akram was a part — is to be credited for channelising his talent.

For a cricketer to debut at a First-Class level at the age of 15, and more significantly, emerge successfully from it [he scored 74 against Defence Housing Authority representing National Bank of Pakistan] made Jamshed a talent to vouch for. He also scored a double ton in his debut U-19 match against Sri Lanka.

He idolises Saeed Anwar and Matthew Hayden. Looking at his batting style, Jamshed seems to have done a fair job of learning from his idols. A compulsive strokeplayer, Jamshed has provided steady starts for Pakistan. He made his international debut on the back of impressive run in the Quaid-e-Azam Trophy 2007-08.

His first love for India can be traced back to 2006 when he was part of the U-19 team which defended its World Cup crown against the arch-rivals. In his first four matches at the senior level against India, Jamshed has one half-century and three tons to his name. While the ODI career was flying, the Test debut was a nightmare facing South African pacers in their own backyard in 2013.

Pakistan, in the recent have not produced enough quality batsmen in comparison to the abundant pace resources. Jamshed's talent is the one to watch out for.