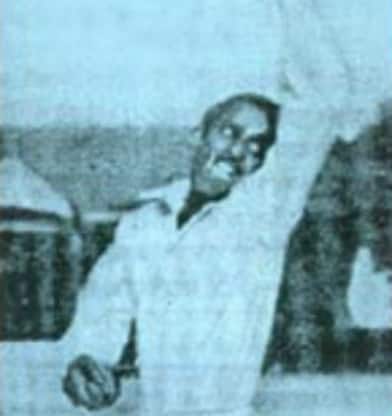 Yet another seamer who thrived in helpful conditions, Nirode ‘Putu’ Chowdhury was the first Bihar cricketer to play Test cricket — though he had moved to Bengal when he played for India (he later moved back to Bihar).

He moved the ball away from batsmen and bowled a well-disguised off-break, the combination often confusing unsuspecting batsmen into submission, both on the turf of Eden Gardens and the matting wicket of Keenan Stadium.

An all-round sportsperson, Chowdhury chose cricket at an early age over football and high-jump. He had exactly 200 wickets at 25.14, but 124 of these came at his two home grounds. Selected for the England tour of 1952, Chowdhury picked up 24 wickets at 31.

Chowdhury had one of the most sensational starts by an Indian in First-Class cricket, taking 38 wickets from his first 4 matches at 13.08 including two 10-wicket hauls. Soon afterwards, he took a hat-trick against Bengal Governor’s XI, the victims being Vinoo Mankad, Mushtaq Ali, and Lala Amarnath.

He made his Test debut against West Indies in 1948-49, and subsequently went to Alf Gover’s school. He came back a different bowler: though his pace had increased due to a modified action, he could not obtain the same movement.

His two Tests were less than ordinary: he sent down 516 balls, conceded 205, and managed a solitary wicket. He was promised a benefit match, but somehow that never materialised. He coached the Durgapur Steel Plant team. He passed away at 56.