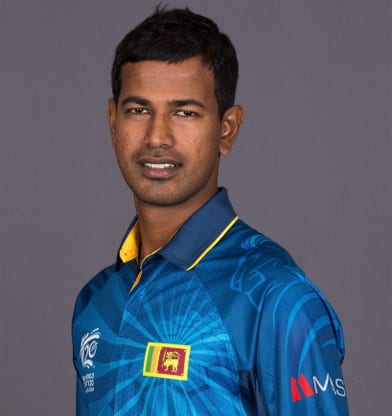 Brisk and accurate, Nuwan Kulasekara has been around since 2003 (after he won the Best Bowler Award in Sri Lankan domestic cricket in 2002-03), but has been perpetually overshadowed by Chaminda Vaas, and later on, Lasith Malinga.

While his Test career never quite took off, his accuracy made him a regular fixture in the shorter formats, thanks to his excellent economy rate (which, surprisingly, is significantly better than Malinga’s) in the Twenty20 era.

Though Kulasekara reached No. 1 in ICC ODI bowling rankings in March 2009, he is somewhat unfairly remembered as the man who bowled the last ball of the ICC World Cup 2011. He played a crucial role in the final of the ICC World T20 2014, when he and Malinga bowled beautifully in the death overs to contain India, as Sri Lanka clinched the title. His finest hour probably came at The Gabba in 2013, when his five for 22 helped Sri Lanka bowl out Australia for 74 in 26.4 overs.

With the advent of the likes of Shaminda Eranga, Dhammika Prasad, Nuwan Pradeep, and Suranga Lakmal, a return to Test cricket seems unlikely for Kulasekara, but along with (and in absence of) Malinga, he continues to remain one of the finest new-ball bowlers of Sri Lanka.