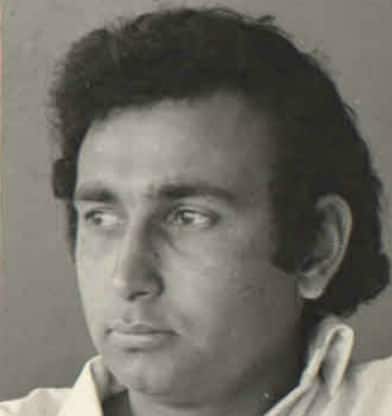 A mainstay of Rajasthan, Parthasarathy Sharma could ideally have had a longer run at Test level given his First-Class numbers. Unfortunately, his international career was restricted to 5 Tests and 2 ODIs; he got to bowl only 4 overs of medium-pace despite his prowess at domestic level.
A haul of 8,614 runs at 39 and 191 wickets at 25 make more than impressive reading. Armed with broad shoulders and immense physical strength, Parthasarathy hit the ball extremely hard, especially against spinners. Kishen Rungta called him “the finest batsman to have ever played for Rajasthan.” Indeed, ‘Parath’ played a crucial role in Rajasthan’s Ranji Trophy success story during the 1960s. He also bowled accurate off-breaks.
Mentored by Salim Durani, Parthasarathy played throughout the 1960s, but came into prominence in 1970-71 with 383 runs at 55. The following season, his 537 runs came at 55, and added 11 wickets at 19.
The break came after both Mansur Ali Khan Pataudi and Sunil Gavaskar pulled out of the Delhi Test against West Indies citing injuries. He responded with 54 and 49, but was dropped after 6 and 15 in the next Test.
He played 2 ODIs in New Zealand the following winter, and earned a recall in West Indies against Andy Roberts and a young Michael Holding, but failed again. He could not get going against England next season either.
However, Parthasarathy kept delivering at domestic level, setting a new Irani Trophy record (206) in 1977-78. Two matches later he had 103, 3 for 9, 31, and 5 for 85 against South Zone.
He did well against touring sides — 39, 58*, 3 for 40 against West Indians, 96 against Australians, 70 against Pakistanis — but was not recalled. In 1979-80 he hit 3 consecutive hundreds in Ranji Trophy, and followed up with 111 and 87 two matches later.
He later became a coach, and made headlines when he helped Gautam Gambhir return to the national side and fine-tune Rahul Dravid’s technique. At NCA he mentored Robin Uthappa, Piyush Chawla, Amit Mishra, and Suresh Raina. He also coached Rajasthan.
Parthasarathy Sharma passed away in 2010. He was 63.
Abhishek Mukherjee