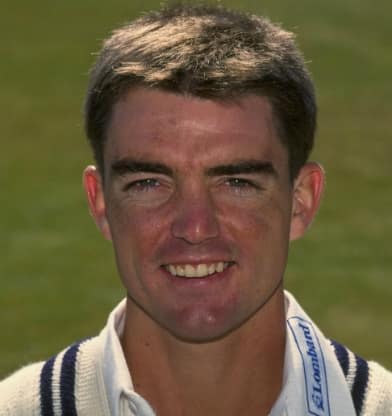 Paul Strang was not in the league of Shane Warne or Anil Kumble or even Mushtaq Ahmed, but no story of the leg-spin revolution of the 1990s would be complete without him.

Strang grew in stature as his career progressed, and was as versatile as any of his contemporaries. Apart from the conventional leg-break and googly, he had an excellent flipper and top-spinner; had he been more accurate he would probably have finished as an all-time great.

Strang was also a decent batsman down the order (he batted first-drop in age-level cricket), as his Test average of 27 (30 at First-Class level) suggests, and was outstanding in the ring in the off-side, especially in limited-overs cricket.

At Sheikhupura in 1996-97 he scored 106 at No. 8, adding 87 for the ninth wicket with younger brother Bryan (their father Ronald was an ODI umpire). He then went on to take 5 for 212, becoming the first Zimbabwean to score a hundred and take a five-wicket haul in the same Test.

In the two Tests before that he had taken 5 for 106 and 4 for 66 in consecutive innings against Sri Lanka, while 2 Tests after Sheikhupura he had 5 for 123 against England. Before that, in the 1996 World Cup, he had claimed 12 wickets at a mere 16.

That amazing season earned him a stint for Kent in 1997. He also played for Northamptonshire in 1998.

His greatest show came at Bulawayo in 2000-01, where he put up an incredible display of stamina, taking 51.5-12-109-8 (no other Zimbabwean has taken even a 7-for till date) against New Zealand and added 2 for 49 to his tally in the second innings. His match figures of 10 for 158 have been bettered only by Adam Huckle.

Unfortunately, he could never recover completely from the nagging injury in his right arm. He never played international cricket after 31, and by 33 even his domestic career was over.