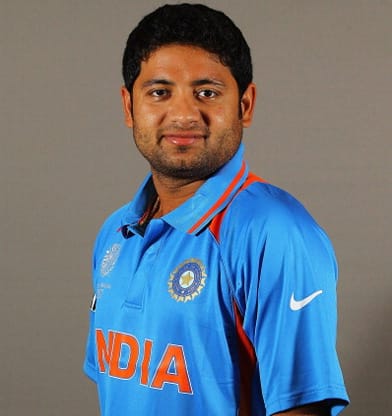 Piyush Chawla hit the headlines by bamboozling batsmen with his box of tricks during the ICC Under-19 World Cup held in Sri Lanka in 2006. In the final against Pakistan Under-19 team, he snared four wickets for the cost of a mere eight runs. Unfortunately for Chawla, India lost the game.

Though Chawla has a decent leg-break, his main weapon is his googly — and unleashes a flipper or two from time to time; his accuracy, however, is something that can be worked upon. He can also contribute down the order with a bat in hand.

When he made his Test debut against England at Mohali in 2006 he was the second-youngest India Test cricketer to play for India. By 2007-08 he was a regular face in India’s one-side and was also a part of the World T20 squad.

In 2011, Chawla was a part of India’s World Cup winning squad. He has had stints with Somerset and Sussex, and has represented Kings XI Punjab and Kolkata Knight Riders in Indian Premier League (IPL).