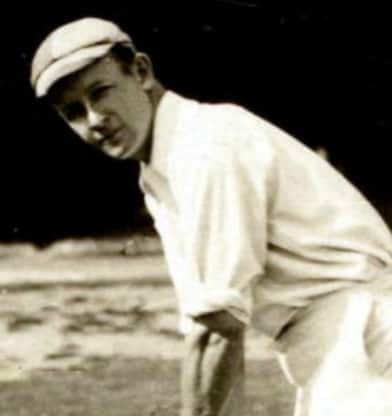 With his script blotted by the Bodyline Tour — his managership has come under severe fire by later day historians — many tend to forget the institution that was Plum Warner.

As a player he fell short of greatness, but was good enough to make the England team purely on merit. He made a Test hundred too, and led the country to Ashes triumph in Australia. He went there again, as skipper, and was taken ill, and from his sick bed advised Johnny Douglas and the great foe was defeated again.

He made over 30,000 runs and 60 hundreds, all the while battling issues with health and frailty. And he left the game in a fairy-tale finish, Middlesex defeating Surrey in a tantalising climax, thus giving him the only Championship win in his span of captaincy from 1908 to 1920.

He played in diverse lands, from New Zealand and South Africa to Canada and Argentina and Portugal and Holland and back to West Indies where he was born. He was liked by all, the aristocracy, the amateurs, the professionals and the patrons of country house cricket, the gentlemen and the players who played under his leadership, and that included Sydney Barnes.

A man who liked nothing better than to talk cricket all day, he was a splendid judge of situations, tactics, players and their potentials. Yet, he made some glaring errors in his time.

For close to six decades, he remained an establishment in cricket: an MCC committee member, a Test selector for 33 years, a prolific writer on the game, lending his pen to diverse columns for Daily Telegraph and Morning Post, served as founder-editor of Cricketer and author of more than twenty books. Above all, he was an evangelist, sometimes a fanatical one, about the spirit of cricket.

And therein lay the contradiction, when all his platitudes about the great game could not shroud the rather two-faced behaviour as the manager of the England side during the infamous Ashes campaign of 1932-33 led by Douglas Jardine. It was there that one learnt that Warner often adhered to the spirit by burying his head in the sand, while taking all the care in the world to secure his backside.

Warner was the one who chaired the committee that appointed Jardine the captain. He accompanied the team as manager, voiced his concerns about the tactics, albeit not vociferously enough, was keen to share the plaudits of triumph, and also a leading figure who supported the removal of first Harold Larwood and then Jardine.

Indeed, contradiction was the first thing to come to the fore as one scrutinised this incredible man of English cricket. Frail to the point of fragile, he was a fighter on the cricket field. Underneath his perpetual benevolent exterior was a stickler for rules, an autocrat through and through. He was not one of the moneyed rich, yet his bearing and the circles that he moved in remained aristocratic.

Warner served only non-taxing posts in the Wars, in the Information Department of the Diplomatic Services in the First World War and spent his days as  deputy secretary at Lord's, filling in for Rait Kerr during the Second World War. Yet, he loved reading about military history.

But, blemishes aside, Warner remains perhaps the one man in the history of cricket who has lived and breathed each day to promote the game beyond its boundaries, relentless in his mission to spread the gospel across borders. He passed away at 89, by then the Grand Old Man of English cricket. Almost symbolically, the death occurred just four months after the final Gentlemen vs Player match in the history of cricket.