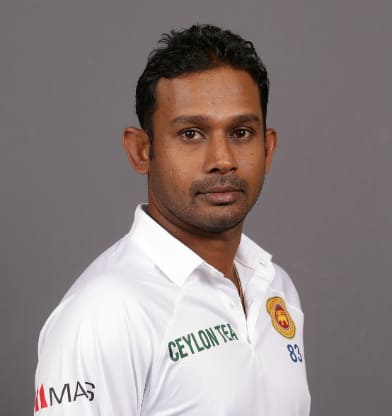 Prasanna Jayawardene, hailing from Colombo, was set for a long haul as Sri Lanka’s finest keeper after travelling to England as a 19-year-old in 1998. He went as backup for Romesh Kaluwitharana but the emergence of Kumar Sangakkara in 2000 pushed Prasanna out of national contention for over half a decade.

It was only from 2006 onward, once Sangakkara decided to give up the gloves, that Prasanna got a permanent place in the Test side. His maiden Test century came against Bangladesh in 2007. His wicketkeeping skills got him rich praise from the greats of the game and Prasanna gained repute as a brilliant batsman with the tail.

Never preferred for the shorter formats of the game, Prasanna notched up four Test hundreds and played a number of crucial knocks to help his team while batting with the tail. His was a career that would have blossomed had it not been for the excellence of Sangakkara. Prasanna was overlooked for younger keepers for the home series against India in 2015 with Sri Lanka preferring the likes of Dinesh Chandimal and Kusal Perera. With the likes of Niroshan Dickwella waiting in the wings, the prospects of the seasoned pro seem bleak.