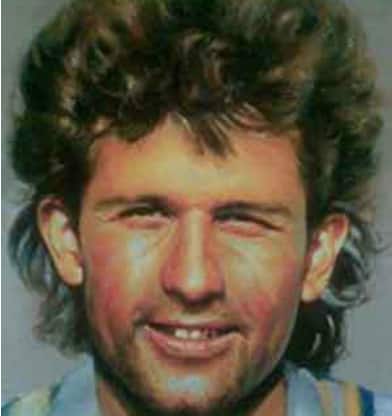 Every step Lamba took on the field oozed of exuberance. Every bit of him, from his locks to his swagger, was full of panache. His strokeplay was swashbuckling, and the only reason he did not get enough runs at the highest level was probably because he never knew when to curb his strokes, for they all came so easily to him.

He captured the imagination of the public on international debut, in an ODI at Kanpur. India were set 251, and Lamba, walking out after Sunil Gavaskar had scored a painstaking 26, treated the Australian bowlers with disdain from the first ball he faced. He raced to a 53-ball 64, the most outrageous stroke being a six over point, off Craig McDermott.

The crowd was left dumbstruck, for seldom had they witnessed such spectacular bat-speed or lightning-quick footwork; or, for that matter, a debut without any visible sign of nerve.

Earlier that day Lamba had set the field ablaze with his electric fielding, the throws thudding into the wicketkeeper’s gloves with pinpoint accuracy. And now, three matches later at his hometown Delhi, Lamba blasted the Australians for a 68-ball 74 as a target of 239 in 45 overs looked too small. Five days later he blasted a hundred at Rajkot. India clinched the series, and Lamba was the obvious Man of the Series.

He was an instant sensation, garnering attention — female, in particular — wherever he went. It had taken him merely a month. The energy, whether at the crease or at the field, was infectious: Lamba had the rare ability of lifting a side by his presence, especially in that winter when he could do no wrong.

He played 3 Tests against Sri Lanka, batting thrice and scoring 101 runs, along with another explosive fifty at Kotla and a 37-ball 39 at Bombay. Then it all went horribly wrong. While his first 6 ODIs got him 278 runs at 56, the last 20 fetched another 505 at 21. He sank without a trace, finishing with an ODI average of 27.

It was not that he was not getting runs: he scored 131 against the touring Pakistanis and followed it with 121 against Karnataka; and in the Duleep Trophy of 1987-88, he amassed 197, 114, and 320 in consecutive innings, forcing a return.

There were glimpses of the old Lamba in the Nehru Cup of 1989, when he scored 3 fifties in 4 innings, against West Indies, Australia, and Pakistan. In the last two matches he added 115 and 120 for the first wicket with Krishnamachari Srikkanth.

He went to Pakistan in 1989-90, and was scheduled to make a Test comeback before he picked up a finger injury. Mohammad Azharuddin replaced him, thus changing the course of Indian cricket in the 1990s.

After the tour Lamba never played again. His Test career fetched him 102 runs at 20. At First-Class level, however, the numbers shot up to 8,776 runs at 54, and he converted 31 of his 58 fifty-plus scores to hundreds.

He married Kim Crothers in 1990, whom he had met in Ireland four years back. The same year, in a Duleep Trophy match at Jamshedpur, Rashid Patel, unable to get Lamba out, ran into the danger area and bowled a beamer to Lamba. He even charged at Lamba with a stump, who defended himself with a bat. Both men were suspended.

He continued to play First-Class cricket in India and club cricket in Bangladesh, achieving superstar status in Dhaka.

He was fielding extremely close at short-leg on February 20, 1998. Mehrab Hossain pulled Saifullah Khan; the ball hit Lamba on the forehead; and captain Khaled Mashud took the catch on the rebound as Lamba collapsed in a heap. He recovered temporarily, but passed away two days later in a Dhaka hospital.