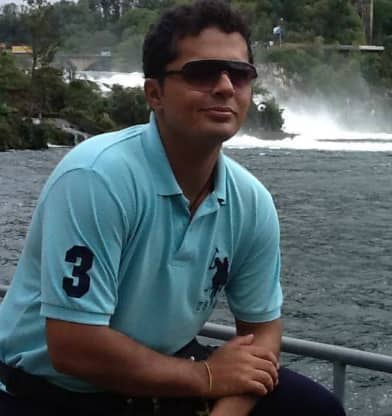 A bundle of inexhaustible energy, Reetinder Sodhi had a brief ODI career for India in the early years of the new millennium. An enthusiastic strokeplayer, a swift runner between wickets, a wicket-to-wicket medium-pacer, and an acrobatic fielder, Sodhi was the perfect template of new-generation cricketers across the world. Early in his career he was even hailed as ‘the next Kapil Dev’.
He had an ordinary career. His grittiest show came in the Coca-Cola Cup final of 2001 at Harare, where he and Sameer Dighe lifted India from 80 for 5. Sodhi eventually scored a 75-ball 67 in a 101-run stand. Earlier in the match he had figures of 7-0-31-2. A batting average of 25.45 was not great, but an economy rate of 4.74 was certainly impressive; he had age on his side, too.
Unfortunately, by then he had picked up a back problem. He was never the same cricketer, and his international career got over by 22.
But Sodhi’s legacy goes back beyond that. The son of Punjab off-spinner Mahesh Inder Singh, he first came into limelight in 1996, in the Lombard Under-15 Challenge Cup in England (technically a World Cup). Sodhi topped the wickets chart with 16 wickets at 12.43 and came third on the runs tally with 236 runs at 59. In the final against Pakistan at Lord’s he took 3 for 34 (including Taufeeq Umar and Kamran Akmal) and guided India home with 82* when no one else reached 35.
Less than four years later he starred in another World Cup final, this time Under-19, at SSC. He did not get a wicket conceded 26 from 10 overs and had a catch and a run out. Then he calmly finished things off with a 43-ball 39*.
In between all this he had made his First-Class debut at 16. At 17 he had slammed 200* against a Delhi attack consisting of four Test cricketers, past and future. In 1999-00 he had taken 29 wickets, and 26 more in 2000-01; unfortunately, his bowling was almost over two years later.
He did try to come back time and again. In 2004-05 he showed glimpses of hope, with 519 runs at 43 and 18 wickets at 24. This included 251* and match figures of 4 for 32 against Maharashtra. Unfortunately, the back gave in again after that, and even returned from matches in a wheelchair.
He never played after 2006-07 despite an impressive haul of 3,680 runs at 39 and 102 wickets at 29. He tried his hand at T20, playing for Ahmedabad Rockets in ICL and later, for Kings XI Punjab in IPL.
Reetinder Sodhi became a match referee in 2015, at a mere 35. He also works for Air India and as an expert on television.
Abhishek Mukherjee