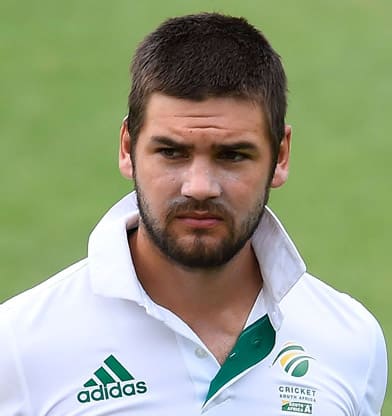 Rated as an explosive top-order batsman, Rilee Rossouw started his career at No. 3 for Free States against Easterns in 2006-07 and scored 83. He made his Under-19 debut against Bangladesh in 2007 in a Youth Test, and also played Under-19 World Cup 2008.

By 2008-09 Rossouw had earned a regular spot in Eagles and finished the season as the top run-scorer for them. The next season turned out to be a watershed season for Rossouw: he scored a whopping 1,261 runs at 57.61. He also scored the fastest First-Class triple-century by a South African before falling for a 291-ball 319. He also put up a South African record partnership (480) for any wicket with Dean Elgar.

Following this impressive season he was selected for South Africa A in 2010 for the tour of Bangladesh and Sri Lanka. He responded with 131 against Sri Lanka A. Thanks to his quick scoring abilities, RCB picked him up for the IPL 2011 auction.

However, it was not until 2014 that he made his international debut. Unfortunately, he started his ODI career with two ducks. It took him nine ODIs to register a fifty, but he was named Man of the Match for his 50-ball 78 on T20I debut.