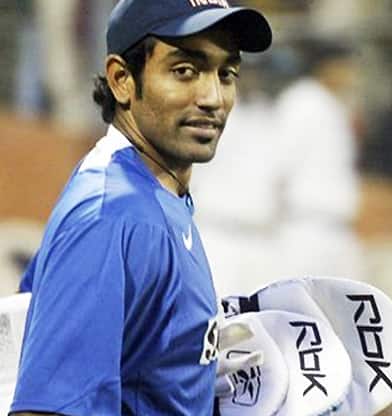 Blessed with immense talent and power, Robin Uthappa has found it tough to find consistency when he was called up for national duty at a young age. Despite his immense potential he has not quite made justice to his talents at the highest level.

Having made a mark at the Under-19 World Cup in 2004, Uthappa found himself in the Indian side two years later when England toured. On his One-Day International (ODI) debut at Indore, he smashed 86 — still the highest score by an Indian debutant in ODIs. A year later, some thrilling performances propelled him into the squad for the 2007 World Cup.

Early in his career, Uthappa showed fearlessness to play his shots, which caught the attention during an ODI against England at The Oval. In the ICC World T20 2007, he was one of India’s best performers. However, by mid-2008, he was struggling to maintain his form and was axed from the side. Since then, Uthappa has been a consistent run-scorer in domestic cricket and even made a comeback for a couple of T20s in 2011-12.

However, the move to appoint Pravin Amre as his personal batting coach changed his career. Along with Amre, he redeveloped his technique, cut out his tendency to shuffle across and along the pitch, and modified the back-lift.

As a result, there were more returns for Uthappa in domestic cricket, and he looked more confident in the middle. One of India’s most enigmatic players, the second phase of Uthappa’s career is all set to take off. With all the hard work behind him, he came into the Indian Premier League (IPL) 2014 a confident man while playing for the Kolkata Knight Riders — the fourth IPL franchise for him.