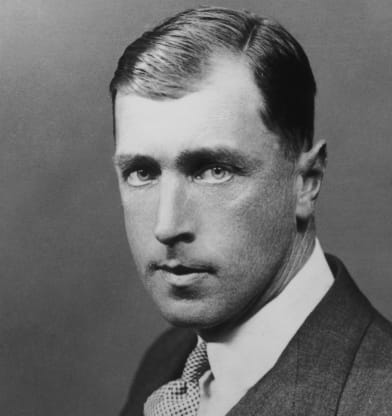 The first wicketkeeper to lead England in Test cricket, Lt Col Rony Stanyforth was a Yorkshire mainstay for over two decades. He was also the only Yorkshireman to lead England between Stanley Jackson in 1905 and Norman Yardley in 1947.
He was not an outstanding cricketer (1,092 runs at 17 were decent but not excellent numbers for a wicketkeeper — though he also had 93 dismissals), but was a natural leader of men.
General Smuts of South Africa summed it up: “I don’t know how good a cricketer Major Stanyforth is, but there can be few better speakers.” Add to that his background (Eton and Oxford), amateur status, strong sense of morality and subtle sense of humour, and you will realise why he was chosen to lead.
Stanyforth led England on the South African tour of 1927-28, keeping wickets in the 4 Tests he played — not the first-choice discipline for a wicketkeeper of that era. He failed miserably with bat (1, 4, 1, 0, and 1 before a sort-of-face-saving 6*), though he took 7 catches and 2 stumpings.
He led England to wins in his first 2 Tests before South Africa drew the third and won the fourth Tests. Greville Stevens led England in the fifth Test when Stanyforth was injured, and England lost again.
Interestingly, he made his County Championship debut after his Test career was over. He played only 3 matches, which meant that his Championship appearances were fewer than the Tests he led.
He served the British Army in both World Wars with distinction, and later became a trustee of MCC. Wicketkeeping, his book, came out in 1935.
He passed away in 1964, at 71.
Abhishek Mukherjee