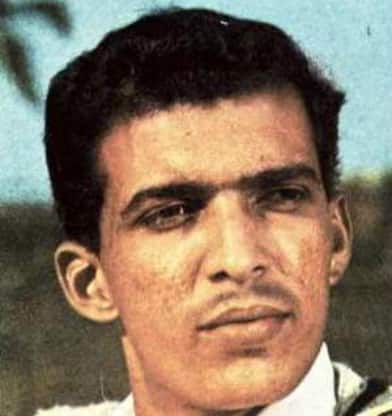 In the 1960s, Indian cricketers were not exactly noted for their fielding skills. Yet, one solitary Indian fieldsman impressed the Australian crowds enough to make them chant, “Hit a ball past Surti.”
Rusi Surti was an exceptional fieldsman. Aside from that he was more than useful as a cricketer in every department of the game. He could bat anywhere in the order, a steady left-handed batsman who could on occasions score quickly. He could bowl with the new ball, slanting deliveries across right-handers, and also switch to left-arm orthodox spin when required.
And on that 1967-68 tour of Australia, Surti reached the pinnacle of his form. Four Tests brought him 367 at 45.87, more runs than anyone else, and 15 wickets at 35.20 — second only to EAS Prasanna.
When India moved to New Zealand after the tour and notched their first overseas series victory ever, Surti amassed 321 at 45.85, while taking 7 useful wickets.
However, he played just 3 more Tests. He lost his form on his return to India, and a meagre collection of 50 runs and 2 wickets in these home Tests signalled the end of his international career. Surti was replaced in the Indian team by another left-handed all-rounder, and an even more brilliant fielder, Eknath Solkar.
By then, Surti had been offered a contract by Queensland and was representing them in the Sheffield Shield, remaining out of contention for national selection.
A collection of 1,263 runs at 28.70 and 42 wickets at 46.71 in 26 Tests may not read impressive in the modern context, but Surti was a major source of strength to the Indian side of his times. In some quarters his left-handed all-round skills and mercurial fielding earned him the dubious yet flattering sobriquet “Poor man’s Garry Sobers“.
Arunabha Sengupta